Deal with iQIYI will see award-winning preschool program debut in May with a licensing program to follow. 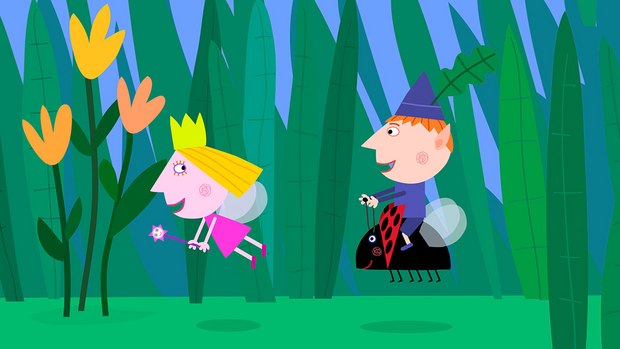 Entertainment One’s deal with iQIYI will bring the preschool series ‘Ben & Holly’s Little Kingdom’ to China starting in May.

LONDON -- Entertainment One announced a partnership with iQIYI that will see its Emmy- and BAFTA-award-winning preschool property Ben & Holly’s Little Kingdom launch in China on a leading VOD platform and at retail in 2018.

Series one of Ben & Holly’s Little Kingdom, which hails from the creators of Peppa Pig, will be accessible on one of China’s largest internet video-streaming services, iQIYI, starting in May.

iQIYI also will manage licensing rights for the property in the region, spearheaded with a publishing launch in summer and autumn , followed by a hard launch spanning multiple categories later this year.

Ben & Holly’s Little Kingdom is a critically acclaimed preschool 2D animated series created by Astley Baker Davies and aimed at children ages 3-6. The show won an International Emmy Award in 2014 for best preschool series and follows the adventures of Princess Holly and her best friend Ben Elf in the magical Little Kingdom.

The show airs in more than 130 countries with licensing programs established in the United Kingdom, the United States and Canada, Brazil, and Mexico.