NEW YORK -- Entertainment One (eOne), an international entertainment company, is expanding the U.S. consumer products program for its global preschool hit Peppa Pig with an even broader assortment of merchandise to meet strong consumer demand for everything Peppa. Leading the way are contract renewals for all of Peppa’s major North American partners, led by master toy licensee Jazwares. In addition, beginning this spring, the super popular brand will welcome a slew of new partners to the fold that will further extend Peppa merchandise into a new range of categories for the award-winning, top-rated series airing daily on Nick Jr. eOne will showcase Peppa Pig among its other key brands at Licensing Expo 2016 in Las Vegas, June 21-23 at the Mandalay Bay Convention Center – Booth G196.

In addition to its winning toy lineup, Jazwares, is extending its toy range to include a broad range of children’s electronics, such as headphones, walkie talkies, a sing-along radio, digital alarm clocks, and more. The debut collection will begin rolling out to key mass retailers this fall. Joining Jazwares, eOne has extended its successful partnerships with other top-tier licensees in key categories, including: Scholastic (publishing); Candlewick Press (publishing); Happy Threads (apparel); Komar (sleepwear); and Esquire (footwear). The hit stage show, Peppa Pig Live!: Peppa Pig’s Big Splash! (produced by Red Light Management) has performed to sell-out crowds all across the U.S. and Canada, and has added a fall 2016 leg with 35 additional performances, the second extension of the original tour schedule.

“Peppa is now one of the top preschool properties in North America,” said Joan Grasso, VP, Licensing – North America, eOne Family. “We’re thrilled with the opportunity to continue our strong partnerships with Jazwares and our other key best-in-class licensees, who have all helped to create this successful preschool program. We’re also very excited to provide fans with even more meaningful and fun-filled ways to engage with Peppa.” In addition to the extensive offerings from current licensees, the brand’s newest partners will introduce a wide array of exceptional products – from swimwear to ride-ons, card games to sunglasses, and much more – at retail this year, including:

Peppa Pig is an entertainment powerhouse with more than 700 licensees worldwide. The show airs in over 180 territories and has been translated in more than 40 languages. 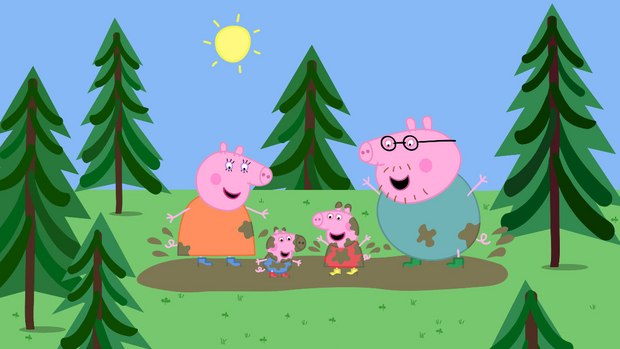