Entertainment One Licensing announces new developments for Peppa Pig in France, including a debut on Nick Jr. and a new licensing deal with France TV Distribution. 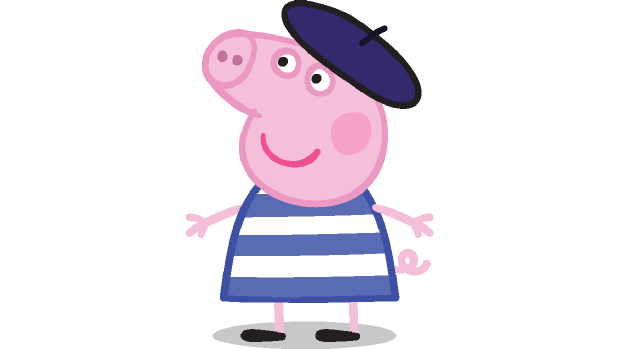 Entertainment One Licensing (eOne) announced significant developments for Peppa Pig in France. The award-winning preschool TV series debuted on France 5 last month and will launch on Nick Jr. from 31st March 2014.  In addition to broadcast, a licensing programme is already underway with toys and publishing set to launch at retail in Q3 and Q4 2014 following agreements with newly signed toy and publishing partners Giochi Preziosi France and Hachette Group.

Peppa benefits from a strong programming strategy on Zouzous, France 5’s dedicated pre-school programming block, where it launched in February 2014. The channel airs three episodes back to back each day from Monday-Friday and has promoted the series with on-air TV spots and interactive website content. The show will also receive strong broadcast support when it heads to Nick Jr. where it will be aired in blocks of four episodes three times a day.

To manage licensing for Peppa Pig in France, eOne has appointed France TV Distribution. The firm is currently assembling a consumer products programme and the first line of Peppa merchandise is poised to launch at retail from Summer 2014.

Giochi Preziosi, which distributes a best-selling Peppa Pig toy line in Italy, will be extending its partnership with eOne by becoming the brand’s toy partner in France. The leading toy firm will distribute Character Options’ core range of playsets, plush and figures from Autumn 2014 supported by an extensive above the line marketing campaign that includes national TV advertising.

Also on board for licensing is Hachette Group, which has signed to represent master publishing rights for the brand in France. The world-renowned publisher is developing a fun range of preschool storybooks, novelty and activity books due to hit shelves from Summer 2014.

Olivier Dumont Managing Director, Entertainment One Family says, “Securing the commitment of a major FTA broadcaster and market leader licensees in key categories demonstrates the huge potential of Peppa in France as we look to replicate the incredible success that the property is currently enjoying in many parts of Europe.”