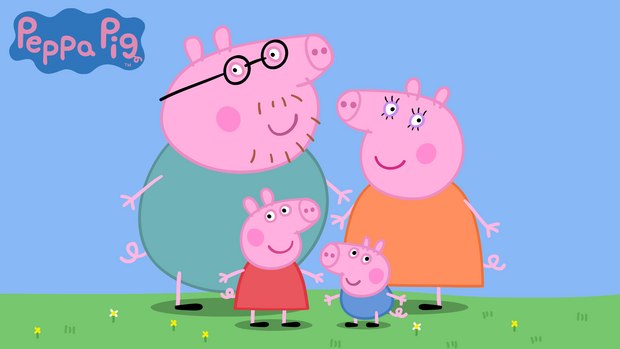 New episodes from season seven will continue to air until the end of 2018. The 117 currently in production will then launch globally from Spring 2019, coinciding with the brand’s 15th anniversary and securing Peppa Pig content for the following four years.

“The popularity of Peppa Pig has always been underpinned by the outstanding content, which transcends geographical borders and is loved by audiences around the world,” said Andrew Carley, Head of Global Licensing at Entertainment One. “With a new series in the pipeline, best-in-class partners and strong marketing and experiential initiatives in each territory, we continue to nurture the long-term success of this global preschool phenomenon.”

Following the tremendous box office performance of Peppa Pig My First Cinema Experience in the UK last April (£3.4 million), toy sales in the UK have grown 12% year to date. The property now boasts 87 licensees in the UK and toy partner Character Options is readying its new hero product, Peppa’s Family Home, which hits shelves in July 2017.

Outside the UK, Peppa Pig is a leading girls’ preschool property in the US, Spain, Italy, France, Latin America, Southeast Asia and Australia, where the recent theatrical release grossed over $2.2 million at the Australian box office. The licensor welcomes new toy partner DTC in Brazil, where a fresh toy line will debut from August. In Russia, the licensing program has 40 partners signed across toys, games and confectionery. In China, Peppa Pig has generated more than 24.5 billion views on multiple SVOD platforms since the brand was first launched two years ago, providing strong consumer traction for the licensing and merchandising program roll out this year.