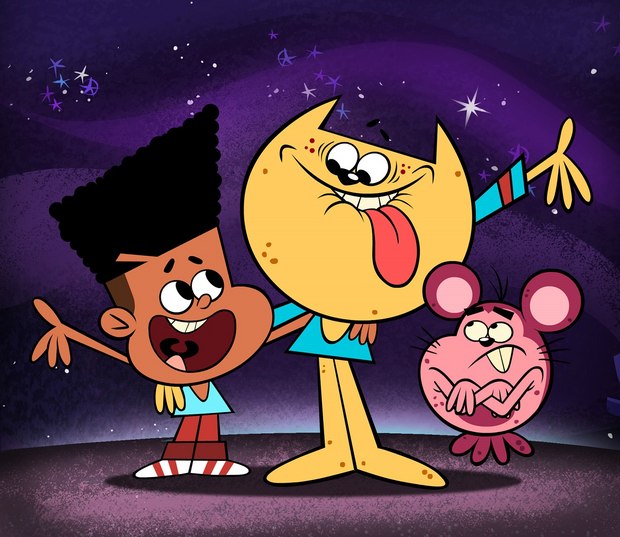 LONDON -- Entertainment One has announced that its new 2D-animated comedy series, Winston Steinburger and Sir Dudley Ding Dong, will be zooming onto TV screens in the U.K., Poland, the Middle East and North Africa fall 2016.

The 52 X 11’ episodes from the first series will air on POP in the UK beginning October 2016, on Teletoon in Poland from December 2016 and on MBC Group in the Middle East and North Africa from September 2017. eOne is currently in advanced discussions with broadcasters in additional territories, including France, and details will be announced imminently.

These new deals add to a growing list of broadcasters now signed to air eOne’s fast-paced cartoon comedy. ABC3 Australia, Teletoon in Canada, Clan TVE in Spain and BIGGS in Portugal have all acquired the first series of the TV show, which launched recently in Australia and will begin rolling out in other territories from autumn 2016.

“We’re thrilled that more kids around the world will be able to join Winston and friends on their adventures through space when the show launches this year,” commented Monica Candiani, Head of International Sales at eOne Family. “These recent deals represent the broad international appeal of the show and its wacky humour, which clearly has the ability to bridge geographical boundaries.”

Winston Steinburger and Sir Dudley Ding Dong is a high-energy comedy cartoon series for 6-12 year olds that has been developed by eOne in collaboration with multi-award winning animation studio Sticky Pictures and co-produced with broadcasters TELETOON Canada and ABC3 Australia.

The show follows the hilarious hijinks of thrill-seeking space kid, Winston Steinburger, his feline best friend, Sir Dudley, and an uptight alien, Hampton, as they explore the galaxy together in a homemade space cruiser seeking out fun adventures. The three astronomical amigos face death on a daily basis, squaring off against bubbling planets, bad-breathed Space-bandits and the worst nemesis of all – Pam the Destroyer – a tweenie bopper with a manic personality, an itchy trigger finger and a mega crush on Winston.