GKIDS announces the English-language voice cast for ‘The Tale of The Princess Kaguya,’ with the lead role to be voiced by Chloë Grace Moretz. 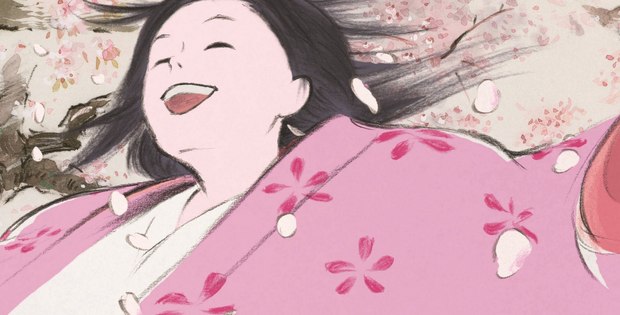 New York -- Animation distributor GKIDS has announced the English voice cast for The Tale of The Princess Kaguya, the highly anticipated new feature from Studio Ghibli. It is the first film in fourteen years from legendary Studio Ghibli co-founder Isao Takahata.  In addition to Chloë Grace Moretz as The Princess Kaguya, the film features the voices of James Caan, Mary Steenburgen, Darren Criss, Lucy Liu, Beau Bridges, James Marsden, Oliver Platt and Dean Cain. (Full cast list below.)  GKIDS has North American distribution rights for the film and is planning a theatrical release starting October 17, with national expansion to follow. The film will qualify for the Academy Awards and other awards season contests.

The English-language version is being produced by Studio Ghibli and Geoffrey Wexler, with Frank Marshall of Kennedy/Marshall Executive Producing. This is the same team that handled English versions for the two previous Studio Ghibli films, The Wind Rises and From Up on Poppy Hill.

Found inside a shining stalk of bamboo, a tiny girl grows into an exquisite young lady, raised by an old bamboo cutter and his wife. From the countryside to the grand capital city, even unseen she enthralls all who encounter her, including five noble suitors.  Ultimately she must face her fate, punishment for her crime.

Based on the classic Japanese folktale, The Tale of the Bamboo Cutter, The Tale of The Princess Kaguya is the newest film from Studio Ghibli and the strikingly beautiful culmination of decades of contemplation by its director, Studio Ghibli co-founder Isao Takahata.

Me no Warawa – Hynden Walch