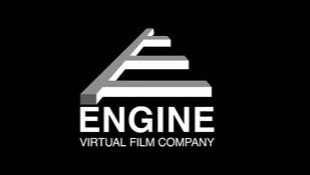 Engine Virtual Film Company, a brand-new, creative content and production company, has been launched by Creative Director/Partner Gary Nueman. Having worked with some of the brightest and most ground-breaking creative agencies in the world, including Goodby, Silverstein & Partners and Saatchi & Saatchi Worldwide, Nueman has hand-selected his company’s new Directorial roster which includes the talents of Nueman himself, as well as Noah Harald, David Mahmoudieh, Scott McCullough, Kevin McVey, and Andrew Rydzewski.

Described as a collection of “modern-day storytellers,” Engine Virtual Film Company communicates through new media platforms concentrating on Digital, Branded Entertainment, or as Nueman notes: “whatever new technology comes ‘round the bend. In the end, we see everything as content. And we make thought-provoking candy for the eyes,” he explains. Already tapped for several new, innovative projects prior to its official launch, Engine Virtual Film Company is currently writing and shooting a Hard Rock Energy campaign to be released in Summer 2014, led by Director Kevin McVey. Together, Nueman and McVey are co-writing/directing an Audi spot for digital agency AKQA. Director/Writer David Mahmoudieh is currently in development with Neve Campbell on a network series entitled “Rain.” Nueman also has a television show in development called “Pop-Up Showdown,” and is in the process of pitching it to a host of networks. Additionally, Engine was just awarded a branded entertainment assignment out of New York City with a high-profile celebrity and David Mahmoudieh as both Writer/Director. The project includes two digital films, and production through postproduction and final delivery.

“Gary has single-handedly pulled together a fierce group of talents,” comments DJ Fox, who is helping to launch Engine as Director of Brand Development. “Gary is a creative force unto himself, and he has built an initial group of solid, as well as up-and-coming talents – each with very unique voices.”

In addition to offering full-service production, Engine Virtual Film Company is also able to concept and write client-direct projects. “We plan on making this a big part of our repertoire,” adds Nueman. “Because of the versatility we have within Engine, we are able to offer these services to ad agencies and end clients directly.”

Under Nueman’s leadership, prior to launch, Engine Virtual Film Company has also developed informal partnerships with design & animation studios, edit houses, and other creative service companies that will serve clients both creatively and fiscally. ”This gives us the latitude to take almost any project pre-post,” he details. The company is also Virtual, which Nueman notes gives them flexibility: “We can acquire space on an as-needed basis, which can translate into favorable economies of scale for our clients.”

Director Kevin McVey points out, when he first met with Nueman his industry experience, energy and enthusiasm is “definitely infectious.” McVey continues: “The whole team at Engine absolutely loves the filmmaking process -- no matter how big or small the project, and this goes a long way in my book.”

With a significant background shooting music videos for a wide range of musical genres, from Sublime to Megadeth, McVey has shot commercial projects for an eclectic group of global brands including Chrysler and Tommy Hilfiger. Currently working on this new series of spots from Florida-based Enterprise Beverage and their launch of a new line of energy drink called Hard Rock Energy!, McVey notes: “What makes this project so exciting for me is that, even though Hard Rock is such a strongly identifiable brand, the marketing team at EB didn't think twice about being very outside the box. From the outset, they made it clear to everyone that they wanted to do something completely unexpected. As a Director, this is music to your ears. So, to that end, we're developing a branding campaign that has at its center new and upcoming bands from different musical genres from all over the country. It's all coming together as spots that are one part music video, one part dynamic product imagery, with some highly stylized visuals thrown in for good measure.”

Director Scott McCullough -- who has just won a prestigious Addy Award for his recent Pepsi/SNL commercial entitled “Countdown to Now” from the American Advertising Federation, as well as four 2014 Telly Awards for other projects – was impressed by Nueman’s forward-looking eye. “This industry has changed, and I like that Gary is ahead of that curve,” says the Director, nationally recognized for his automotive commercial work. “I see in Gary someone who is committed to storytelling and production quality, which is important. Anyone can pick up a camera, but when you connect talent with experience, then you really have something to bring to the table if you are given the opportunity.”

Recently re-located to the States from the U.K., Writer/Director David Mahmoudieh was strategically looking to join “a small, specialized company” when he found Engine Virtual Film Company. “I could see immediately that Gary pulled no punches; and understood the industry quite well and where it is headed. We share a like-minded philosophy that the quality of the work comes first, and that really appealed to me.” Like Nueman, David also works across genres and has been developing a television series with Neve Campbell called “Rain” about a girl who has an allergy to water. “Being able to work as a Filmmaker in all genres and putting the concept first, no matter what the budget is -- that inspires me.”

For Director/DP Andrew Rydzewski, he represents a new generation of filmmakers who are unaware of any genres or categories. “With the increase in brand-integration, there are so many opportunities out there for filmmakers to make great stories and have it become a branded film or sponsored content. I love blurring lines, and getting to the point in the future where there are no lines,” he concludes.