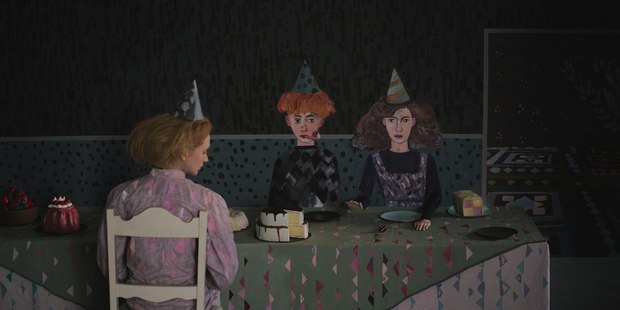 Encounters Short Film and Animation Festival has launched its full competition program with tickets now on sale. Running September 19-24, there will be more than 400 films and 60 events across six days, featuring the very best of animation and short films from new and emerging talent.

This year’s competition program is extensive and diverse, featuring a range of genres from sci-fi to documentary, with 247 competing films being shared with audiences and judges across the festival week. There are six separate animation tracks: “Birds and Beasts,” “Heartstrings,” “Life’s Journey,” “Lucky Dip,” “Packing a Punch” and “Sweet and Sour.” (The full list of selections can be viewed on the Encounters Festival website.)

This year’s Desert Island Flicks will feature Michael Dudok de Wit, Academy Award-winning director of The Red Turtle, taking over the stage on Thursday, September 21st to talk to audiences about the key influences for his animation career. Pierre Coffin of Illumination, co-director of the Despicable Me films and voice of the Minions will talk to festival audiences in an exclusive masterclass. Another key event in the week will be featuring short films from the Tate's “Art in the Age of Black Power” exhibition, with work of filmmakers including Zawe Ashton.

This year more than ever, the festival is shining a spotlight on female talent including a Polish female focus, together with “Final Girls: Female Body-Shock Horror” and “Females in Puppetry,” as well as the festival’s two guest VR programs curated by Catherine Allen from the female gaze.

From more than 3,000 submissions this year, 247 films have been selected for the competition, programmed into themes including “Sci-Fi – Other Worlds” to “Flights of Fancy,” “Talk to Me,” “Happy Together” and “Horror – Thrilling and Chilling.”

Brand-new to the festival this year is Immersive Encounters.  Audiences can enjoy four days of collaborative viewing experiences from the best new filmmakers making VR/AR and 360 degree work.  In a huge coup for the festival, Stuart Warren-Hill will be showing his futuristic music/VR crossover piece, Holotronica 3D.  The electronic musician, AV producer and visual artist will be taking over the Arnolfini on Friday, September 22nd with a 3D experience like you’ve never seen before.  The Festival will feature two interactive audience exhibits Marieke Verbiesen’s Mayhem Machine and Playback from Random Acts, whose short films reflect the vision of young people working with film today, and the VR version of director Theodore Ushev’s Oscar-nominated short, Blind Vaysha.

This year, the festival’s focus on accessibility continues the success of its “Widening the Lens” initiative, with a workshop for emerging filmmakers from diverse backgrounds. The festival will take a family friendly turn on Saturday morning featuring an extended interactive version of We’re Going on a Bear Hunt, a screening of the Children’s Jury selections from local children and a screening of Revolting Rhymes, two half-hour screenings based on Roald Dahl’s delightful book.

Accessibility continues with the festival’s pricing structure -- this year the event is a “Festival for a fiver” with film screenings all priced at £5.

Encounters Festival is a qualifying UK festival for the Oscars, BAFTAs and European Film Awards.   The longest running competitive short film and animation festival in the UK, Encounters Festival provides a platform for emerging and established filmmakers from around the world, and a unique meeting place for the industry.