Unified system streamlines the VFX production process for shows such as The Flash, Supergirl, Legends of Tomorrow and SEAL Team. 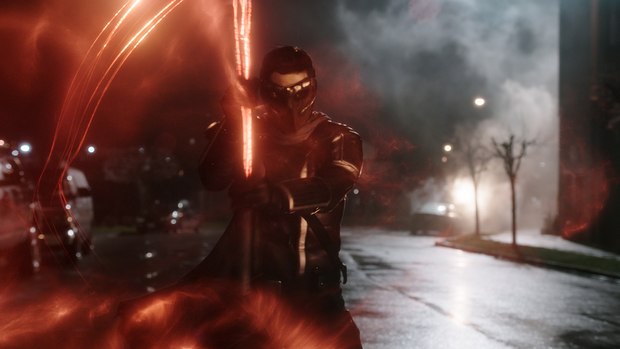 Encore VFX uses a Shotgun-based pipeline to simplify production on VFX shots for TV shows such as 'The Flash.'

BURBANK, CALIF. -- Over the past three years, Encore VFX’s Burbank studio has doubled its VFX shot output and expects to deliver up to 10,000 VFX shots across shows for the 2017-2018 TV season, a feat facilitated by automation and pipeline efficiencies with Shotgun.

Part of the Deluxe family, the studio has steadily grown its roster of shows and currently handles VFX for shows such as The Flash, Supergirl, Legends of Tomorrow and SEAL Team.

“I know first-hand which tasks are taking too long and where we can improve our efficiencies,” says Taranyan. “How things come together with Shotgun definitely plays a big role in how fast shots are reviewed and how many shots come in and out of this facility. But we didn’t get to this point overnight, and that gave us time to really think about how we were going to accomplish everything. With Shotgun, you can track anywhere from 20 shots or, as we’re tracking now, thousands of shots.”

“Most studios share a very common workflow defined by standardized needs and timelines of production,” says Chris Reid, Encore’s director of pipeline. “Eighty to 90 percent of the workflows are driven by the nature of the industry, it is that magic 10 percent to 20 percent that defines your pipeline and your effectiveness. Tools like Shotgun seamlessly blend those standards while also allowing you the freedom to work your magic, thus giving you ‘your’ edge.”

The main content creation tools in Encore’s workflow include Autodesk 3ds Max and Maya, and Foundry’s Nuke. Everything from assets to shots are tracked through Shotgun. Artists also rely heavily on Encomp, a proprietary tool built into Nuke to tie into Shotgun to allow for reduced file system interaction from a compositing standpoint, and better manage assets for shots. When artists have Nuke open using Encomp, any relevant data such as the latest references, plates, 3D elements, or camera track, appears in front of them pulled from Shotgun directly into Nuke.

Rather than assign artists to specific shows, Encore taps all its artists for work across shows, allowing them to work on a range of projects. “Artists float according to specialty,” says Taranyan. “We like everyone to have a general understanding of all shows so that we can shift talent around based on need. From a pipeline perspective, Shotgun helps us stay organized and lets us work in this manner. Before we had our current system in place, it was like the Wild West where every show producer/coordinator would organize things their own way.”

In addition to sharing artists, Encore uses assets across certain shows. About 1,000 different assets, including characters, vehicles and props, are being tracked in Shotgun. They can be tracked to a specific show, but artists often use them for multiple shows, making adjustments as the creative requires. Any time an asset adjustment is made, it’s tracked in Shotgun. Having assets organized and centralized is particularly helpful for crossover episodes, which regularly pop up each season.

“Any information, whether internal or from the client, gets ingested into the pipeline, because at any point a tool we've written around Shotgun is using that information,” says Taranyan. “Our dev team takes care of the backend so artists can focus on staying on task instead of on the technical issues that come with managing a high volume of shots.” “Anytime a human inputs data, it introduces a level of error or uncertainty,” says Reid. “A simple typo like a hyphen instead of an underscore, or a misspelling, is far too easy. If you can automate data input and eliminate discrepancies by standardizing different types of data to one convention, your pipeline will quickly become more efficient. Once a facility implements these concepts not just to their artists, but to IO, producers, coordinators and developers to improve every vein of their workflow, their pipeline will reach its optimal efficiency from start to finish.”

With Encore’s efficiencies, shots are sometimes turned around within an hour -- a process that includes clients receiving an EDL, IO pulling down files, the artists doing what’s needed and publishing to Shotgun. Some shots require weeks of development, but having Shotgun with all that information readily available gives artists an advanced starting point.

“With Shotgun, our production team can track and present all relevant information without having to really understand what goes on in the backend,” says Taranyan. “An efficient pipeline lets artists be artists.”