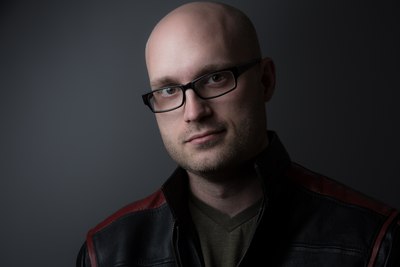 LOS ANGELES, CA -- Culver City-based visual effects house Zoic Studios has added veteran VFX supervisor Stephan Fleet. With a diverse background in VFX and digital media, he has held posts as a visual effects supervisor for such top TV titles as Extant, The Whispers and Scorpion. Fleet comes to Zoic from Encore Hollywood, where he served as Executive Creative Director, helming the creative on VFX for the studio’s projects. Fleet will work on projects across Zoic’s Culver City, New York and Vancouver studios.

Notes Zoic executive creative director/partner Chris Jones, “We are thrilled and incredibly fortunate to have Stephan join the Zoic family. His command of the process and passion for pushing the art of the craft make him a welcome addition to the growing offering of our television division.” Adds Fleet, “Zoic approaches all of their projects from a creative storytelling perspective and it really comes through in the work. I’m really looking forward to joining a team that is built on a foundation of partners who are doing what they are most passionate about on a daily basis.”

Growing up between Los Angeles and Poland in a highly creative family, Fleet gleaned an interest in storytelling at an early age. While earning an MFA in Film Production from the University of Southern California School of Cinematic Arts, he amassed an in-depth knowledge of television development and production through a class and subsequent internship with producer Ian Sander. After spending a couple of years working in development, he leveraged his background in graphic design to apply his production prowess to the world of visual effects, fusing his technical skills with his knack for efficient production flow as Master Key Visual Effects’ Vice President of Operations. While there, he led a team of over 30 artists on a wide range of projects, including creating the VFX on the 2008 NBC thriller series Knight Rider. He made the move to Encore Hollywood in 2009 and since then has worked as a VFX supervisor and artist on a vast array of television series. He was later promoted to Executive Creative Director, deftly working alongside network creative teams to lead his in-house team of artists on the execution of VFX work at a superior technical and creative level. Outside of VFX, Fleet is a director and has several projects currently in development.