First teaser trailer for Sony Pictures Animation’s ‘The Emoji Movie’ optimized in vertical format to be viewed on the tiniest screens of all. 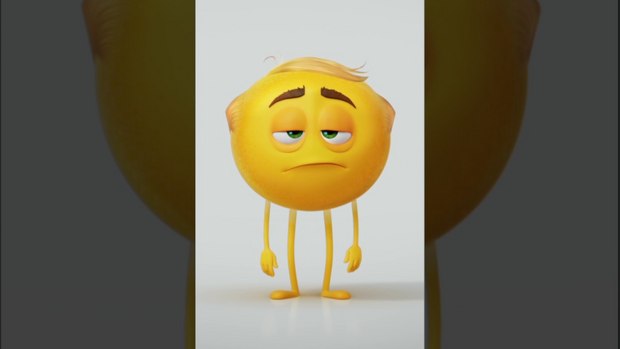 Grab your mobile device -- the first teaser trailer for Sony Pictures Animation’s ‘The Emoji Movie’ has arrived, and -- for the first 24 hours at least -- it’s been optimized in vertical format to be viewed on the tiniest screens of all.

The Emoji Movie follows Gene (T.J. Miller), an emoji born with multiple expressions, who teams up with the notorious code-breaker Jailbreak (Ilana Glazer) on an adventure through a teenager's phone.

The new teaser features the “Meh” emoji (voiced by comedian Steven Wright) as he apathetically tries to convince viewers to go see his movie:

Sony also announced partnerships with several popular apps that will be featured in the CG animated movie, including Twitter, Dropbox, Candy Crush Saga and Instagram. Facebook, Shazam, YouTube and Snapchat are also to be featured in the movie.

Emojimovie: Express Yourself unlocks the never-before-seen secret world inside your smartphone. Hidden within the messaging app is Textopolis, a bustling city where all your favorite emojis live, hoping to be selected by the phone’s user. In this world, each emoji has only one facial expression – except for Gene (T.J. Miller), an exuberant emoji who was born without a filter and is bursting with multiple expressions. Determined to become “normal” like the other emojis, Gene enlists the help of his handy best friend Hi-5 (James Corden) and the notorious code breaker emoji Jailbreak (Ilana Glazer). Together, they embark on an epic “app-venture” through the apps on the phone, each its own wild and fun world, to find the Code that will fix Gene. But when a greater danger threatens the phone, the fate of all emojis depends on these three unlikely friends who must save their world before it’s deleted forever.

Sony Pictures Animation’s The Emoji Movie -- formerly titled Emojimovie: Express Yourself -- is directed by Anthony Leondis (Lilo & Stitch 2: Stitch Has a Glitch) and produced by Michelle Raimo Kouyate (Puss in Boots, Silver Linings Playbook). The film will be released in theaters by Columbia Pictures on August 4, 2017.