Emmy Raver-Lampman Takes Over Role of Molly on ‘Central Park’

‘Umbrella Academy’ actress joins Loren Bouchard’s Apple TV series one month after he pledged to find a Black or biracial actress to play the character amid a continuing reckoning over representation in the industry. 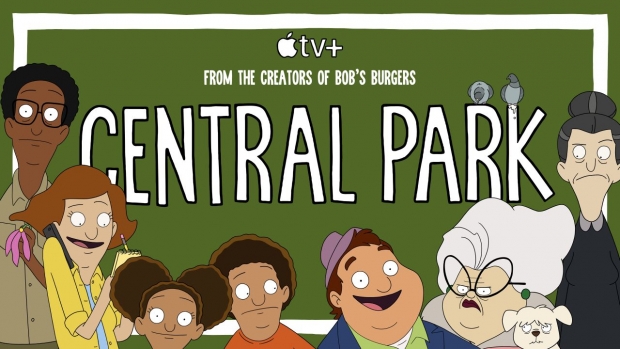 One month after Kristen Bell announced she would no longer voice the mix-raced character, Molly, on Apple TV’s animated adult comedy, Central Park, the show has pegged Umbrella Academy’s Emmy Raver-Lampman to take over the role.

Today, Raver-Lampman posted on her Instagram, “I cannot express how excited and honored I am to be joining the Central Park family. All the creatives and the amazing Kristin Bell have welcomed me with such open arms, support and endless enthusiasm. My face hurts from smiling so much!”

“Representation is vital and broadens our ability to tell stories,” she continued. “I know I have some massive shoes to fill, but I only hope that my lived experience will enrich Molly’s story and make her even more lovable than she already is.”

Raver-Lampman got her start in musical theater performing in various Broadway and national touring productions of such shows as Hair, Jekyll & Hyde, Wicked, and Hamilton before joining Netflix’s original estranged superhero family adventure series for its inaugural 2019 season; she will next be seen on Season 2 when it debuts later this month. Raver-Lampman follows Leslie Odom Jr. (Molly’s father, Owen Tillerman) and Daveed Diggs (Helen) as the third Hamilton alum cast on Loren Bouchard’s series.

As reported last month, the decision to recast Kirsten Bell’s Molly on Central Park supposedly had been in the works for some time. A statement posted on Instagram on behalf of the Central Park creative team explained:

“Kristen, along with the entire creative team, recognizes that the casting of the character of Molly is an opportunity to get representation right — to cast a Black or mixed race actress and give Molly a voice that resonates with all of the nuance and experiences of the character as we’ve drawn her. Kristen will continue to be a part of the heart of the show in a new role, but we will find a new actress to lend her voice to Molly.”

Earlier today, Kristen Bell posted a welcome to the new cast member on Instagram, stating, “I am brimming with excitement to welcome Emmy Raver-Lampman to the ‘Central Park’ cast as ‘Molly.’ Emmy's infectious charm and sheer aptitude will breathe a new and effervescent life into the character. One that Molly definitely deserves. I have been a fan of Emmys work for a while, and am lucky to now call her a friend. Can’t wait to see you in the park, Emmy. ”