Emma Thompson to Skydance Animation: ‘I Can Only Do What Feels Right’ 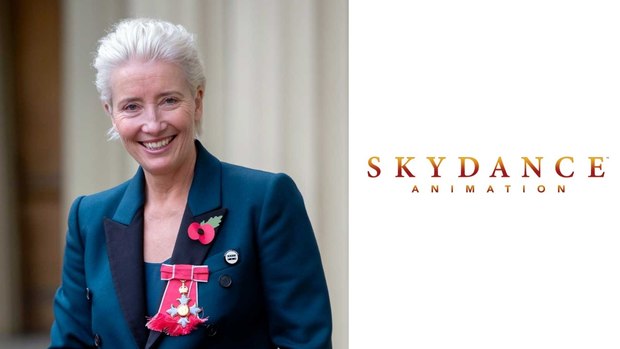 On the heels of the news that Emma Thompson has withdrawn from her role voicing a character in the upcoming Skydance Animation feature, Luck, over concerns about the studio’s hire of former Disney and Pixar chief creative officer John Lasseter, the two-time Oscar-winning actor has made public her letter explaining her decision to Skydance Media CEO David Ellison.

Set to be released in theaters by Paramount Pictures in March 2021, Luck is directed by Alessandro Carloni and centers around the struggle between the organizations of bad luck and good luck. Although the voice cast has yet to be officially announced, Thompson had reportedly already begun recording her role as the head of the good luck group.

Lasseter was hired to oversee Skydance’s animation division in early January, just days after his consulting contract with Disney concluded at the end of 2018, in a move that sparked backlash throughout the industry. The former Pixar and Disney Animation chief creative officer took a six-month leave of absence from the two studios a little more than a year ago for acknowledged but unspecified “missteps.”

In the letter, obtained by the Los Angeles Times, Thompson praises Carloni as “very wonderful,” noting, “I regret having to step away because I love Alessandro so much and think he is an incredibly creative director. But I can only do what feels right during these difficult times of transition and collective consciousness raising.”

Thompson writes that “It feels very odd to me that you and your company would consider hiring someone with Mr. Lasseter’s pattern of misconduct,” observing, “Much has been said about giving John Lasseter a ‘second chance.’ But he is presumably being paid millions of dollars to receive that second chance. How much money are the employees at Skydance being paid to GIVE him that second chance?”

The full letter is shown below:

As you know, I have pulled out of the production of “Luck” -- to be directed by the very wonderful Alessandro Carloni. It feels very odd to me that you and your company would consider hiring someone with Mr. Lasseter’s pattern of misconduct given the present climate in which people with the kind of power that you have can reasonably be expected to step up to the plate.

I realise that the situation -- involving as it does many human beings -- is complicated. However these are the questions I would like to ask:

I hope these queries make the level of my discomfort understandable. I regret having to step away because I love Alessandro so much and think he is an incredibly creative director. But I can only do what feels right during these difficult times of transition and collective consciousness raising.

I am well aware that centuries of entitlement to women’s bodies whether they like it or not is not going to change overnight. Or in a year. But I am also aware that if people who have spoken out — like me — do not take this sort of a stand then things are very unlikely to change at anything like the pace required to protect my daughter’s generation.

Yours most sincerely,
Emma Thompson