Veteran animator Hubley to be honored with the Crystal Anvil Award during the UCLA School of Theater, Film and Television’s 25th annual film festival celebrating the outstanding achievements of UCLA TFT students. 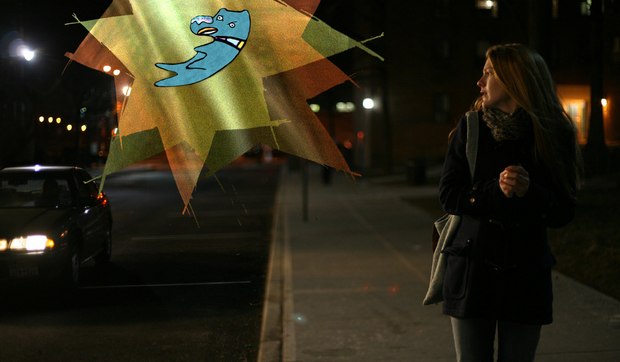 Six-time Academy Award winner Coppola, one of the most influential and innovative filmmakers of our time, will be honored with the Distinguished Vanguard Director Award during the M.F.A. Directors Spotlight on Thursday, June 9. As the maverick founder of his company American Zoetrope, Coppola personally initiated and nourished the careers of talents such as George Lucas, Carroll Ballard, John Milius, daughter Sofia Coppola, granddaughter Gia Coppola, son Roman Coppola, and actors including Al Pacino, Robert DeNiro, James Caan, Harrison Ford, Richard Dreyfus, Diane Keaton, Robert Duvall, Laurence Fishburne, Matt Dillon and Diane Lane. Zoetrope-produced films, including such classics as The Godfather (1972), The Godfather Part II (1974) and Apocalypse Now (1979), have received 16 Academy Awards and 70 nominations. In addition to his Oscar statuettes, in 2011 Coppola received the Academy of Motion Pictures Arts and Sciences’ Irving G. Thalberg Memorial Award. He is also the recipient of Golden Globe, BAFTA, DGA and WGA Awards, and earned two Palme d’Or prizes from the Cannes Film Festival, for The Conversation (1974) and Apocalypse Now.

A writer, director, producer and sketch comedian, McKay will receive the Distinguished Achievement in Screenwriting Award during the Screenwriters Showcase on Monday, June 6. The Big Short (2015), which he directed and wrote with Charles Randolph, won the Academy Award, WGA Award and BAFTA Award for Adapted Screenplay. McKay was also nominated for an Oscar and a BAFTA in the directing category. McKay has written more than 80 episodes of NBC’s Saturday Night Live. He also worked on the screenplay for Marvel’s superhero hit Ant-Man (2015) and has collaborated with actor-comedian Will Ferrell on several successful comedies including The Other Guys (2010); Step Brothers (2008); Talladega Nights: The Ballad of Ricky Bobby (2006); and Anchorman: the Legend of Ron Burgundy (2004), his feature directorial debut. With Ferrell and Chris Henchy, he founded Funny or Die Presents, an Emmy-winning comedy video website and film and TV production company that has been a pioneer of online content in the digital age. McKay, who co-founded the Upright Citizens Brigade Theatre in Los Angeles, is also a three-time Emmy Award nominee for his work on SNL, Comedy Central’s Drunk History and the HBO special Will Ferrell: You’re Welcome America -- A Final Night with George W Bush. Hubley will be honored with the Crystal Anvil Award during the Festival of Animation on Wednesday, June 8, which honors outstanding contributions to the world of animation. A daughter of pioneer animators Faith and John Hubley, Emily Hubley has been making short animated films for more than 30 years, including Pigeon Within (2000), and/or (2012) and Write Back (2014). Her feature The Toe Tactic (2009) had its theatrical premiere at New York’s Museum of Modern Art. In addition to making short films and commissioned works, Hubley contributed animation to the films Danny Says (2015), Vessel (2014), William Kunstler: Disturbing the Universe (2009), Blue Vinyl (2002), Hedwig and the Angry Inch (2001), and was an animation writer for Life, Animated (2016). Hubley worked at The Hubley Studio from 1977 to 2001.