Clare Kitson is set to become the second recipient of the Lotte Reiniger Achievement Award at the second annual European Animation Awards, according to a report by Variety. In addition to the awards ceremony, as previously announced, this year’s expanded two-day event, which runs December 7 & 8 in Lille, France, will also include a robust program of talks, master classes, workshops, exhibitions and screenings.

A showcase for the best artistic achievement in European animation, the Emile Awards held its inaugural edition last year, which saw 1,300 attendees. A total of 17 trophies were awarded among the 48 final nominations including the Lotte Reiniger Lifetime Achievement Award, which was given to animation icon Richard Williams, director of the legendary Thief and the Cobbler. 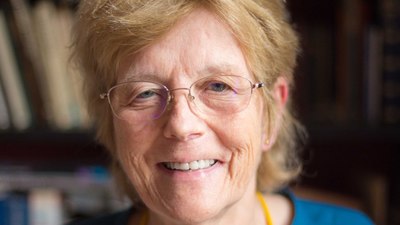 Known for her work to help position the U.K.’s Channel 4 as one of the major forces in European animation, Kitson served as the network’s Commissioning Editor for Animation from 1989-1999. In this role, she bankrolled a generation of independent animators, commissioning short films with artistic ambition such as David Fine and Alison Snowden’s Oscar-winning short Bob’s Birthday, Tim Webb’s groundbreaking 1992 short A is for Autism, and Nick Park’s Oscar-winning short Creature Comforts.

During her tenure, Kitson also helped establish the Animate initiative with the Arts Council of England, and the animator-in-residence program hosted by the British Film Institute's Museum of the Moving Image, which commissioned innovative, challenging, left-of-center short films by filmmakers such as the Brothers Quay and Ruth Lingford.

Kitson is also the author of two books: “British animation: The Channel 4 factor,” in which she takes a look back at her decade-long career with Channel 4 and celebrates thirty landmarks of British animation and the artists who made them; and “Yuri Norstein and Tale of Tales: An animator’s journey,” in which she examines the landmark film and the Soviet culture from which it emerged.

The announcement of the award was made by Irish producer and EAA vice president Paul Young at the 2018 Cartoon Forum, Europe’s top event dedicated to TV animation currently underway in Toulouse, France through September 13. The Emile Awards is currently accepting submissions for the 2018 edition through October 15. Nominations and juries will be announced on November 8.