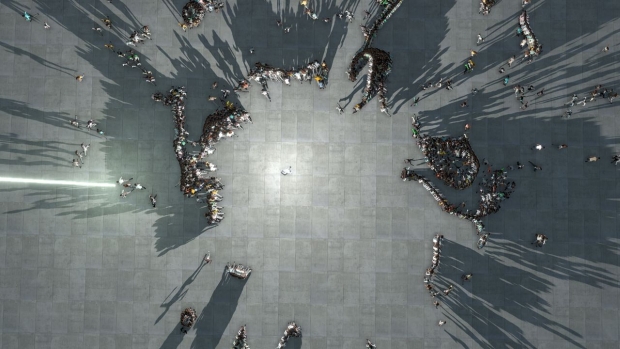 Universal Everything has released its new VR experience, Emergence, now available free on Steam VR for Oculus Rift, HTC Vive and Valve Index headsets. The VR crowd game premiered at Sundance Film Festival in 2019, offering a powerful and unique experience of a crowd, that is only possible with the latest graphics technology. Participants take control of a glowing protagonist surrounded by a crowd of thousands that react to the character’s every movement, traversing through surreal backdrops that recall natural and manmade environments.

Emergence - Preview from Universal Everything on Vimeo.

Featuring many intelligent human behaviors, Emergence visualizes patterns of human behavior which enables exploration of the individual and the collective. The release is a continuation of Universal Everything’s exploration into VR following Inside the Sound, a series of 360° audiovisual environments released at the end of 2018, as well as the studio’s ongoing investigation into the human form and movement in digital art.

A soundtrack by Simon Pyke amplifies the sense of mass human collaboration and uses layers of vocals sampled from remote field recordings of tribes.

“Our work often depicts abstracted human forms and movements, using a single figure or a duet,” commented Universal Everything founder, Matt Pyke. “With today’s graphics technology we can expand into choreographing an entire crowd. By programming each crowd member with intelligent behaviors – such as avoidance, following or mimicry – we can reveal elaborate patterns of human behavior at a huge scale.”