Deal marks FremantleMedia’s first sale to the network within the region. 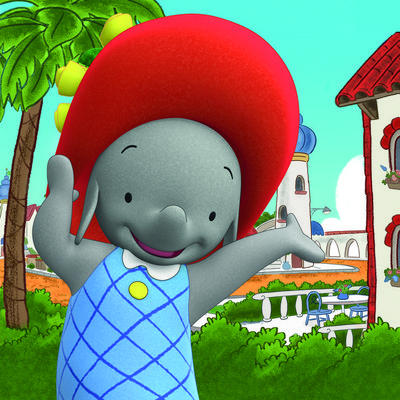 London -- FremantleMedia Kids & Family Entertainment announced that the preschool show Ella the Elephant has been sold to Disney Junior Channel Latin America. Having already sold to 23 children’s TV platforms in more than 50 territories, Disney Junior Channel Latin America is the latest network to fall for the adorable elephant with a charming personality.

Ella the Elephant is an animated preschool series about an adventurous elephant and her magic hat. The series is based on the popular books by Carmela and Steve D’Amico and follows the adventures of Ella, the little elephant with a giant heart. Ella loves to play and explore Elephant Islands with her friends Tiki, Frankie and Belinda, but sometimes their adventures create challenges along the way. Luckily through a combination of imagination and “hat magic,” Ella is able to transform her hat into numerous objects that can come to her aid.

“With its upbeat tone and expression of positive values, Ella the Elephant is sure to be a great addition to children’s programming across Latin America,” said Sheila Aguirre, Senior Vice President, Sales and Development Latin America, Caribbean and Hispanic USA, FremantleMedia International. “While we have had success with shows such as Merlin and My Babysitter’s A Vampire on Disney XD Latin America, we’re excited to have a show like Ella that’s filled with great messages for preschoolers find a home on Disney Junior Channel Latin America.”

In addition to the upcoming premiere in Latin America, Ella the Elephant will launch on Disney Junior in the U.S. this spring. The show also premiered on TVO, Knowledge Network and Tele-Quebec in Canada and Tiji in France and is also currently airing in Poland where it performs well amongst girls aged 4-9, with an average share of 16.4%. Additional territories expected to begin airing Ella the Elephant during the first half of 2014 include Finland (MTV3 Juniori), Norway (TV2), Australia (ABC), Spain (Clan) and Singapore (Okto), with additional territories to follow later in the year.