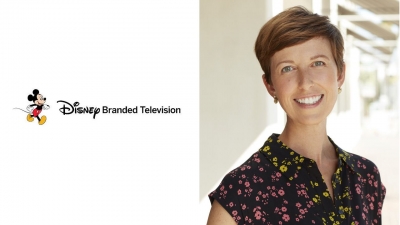 "Elizabeth's decade of experience at TVA and her passion for creator-driven projects makes her the ideal executive to lead our development slate for Disney Channel,” commented Hart. “She has an eye toward curating character-driven comedies and is a strong partner and ally to talent — a true champion of their creative vision. I'm delighted to see her take on this leadership role with the development team!"

Taylor has shepherded a steady stream of projects through development, including the acclaimed cartoon shorts The Wonderful World of Mickey Mouse and the Annie Award-winning series Amphibia, Kiff and the recently announced Primos.

She joined Disney Television Animation in 2010 as an assistant on the Development team and, as the studio grew, was promoted into roles of greater responsibility: coordinator (2012-14), manager (2014-16), director (2016-2020) and executive director (2020-2021). Prior to Disney, she worked in animation production at Nickelodeon and was an independent event planner and florist.

A native of Syracuse, New York, Taylor has a Bachelor of Arts in film studies from Emerson College.