Hire ushers in a period of expansion for the VFX and design studio, which also names Carolyn Reps to handle East Coast sales. 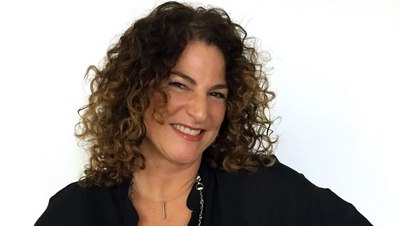 Daniel joins Eight VFX from Leroy & Clarkson, the brand design and identity boutique in New York. She’s held key positions at production companies and agencies, specializing in the production of digital ad campaigns, visual-effects work and experiential installations. Prior to Leroy & Clarkson, she was an EP at the experiential studio Fake Love, and has held EP/MD or senior producer posts at such studios as Digital Kitchen, Curious Pictures, Click 3X and R/GA.

Daniel says she was drawn to the company largely based on the level of creative work. “It’s an impressive portfolio, coming from a boutique company such as this, and that’s what first caught my eye. Once the leadership team and I discussed the goals and strategy, we knew we were all on the same page about how to expand the New York office. The cultural fit just felt right, almost immediately.”

In her new position Daniel will play several key roles in the New York office. In addition to acting as both EP and general manager, she’ll oversee sales and marketing and is in the process of recruiting and hiring an experienced creative team, with plans to add additional VFX supervisors, CG supervisors, 2D and 3D lead compositors, designers and other key contributors.

Currently Eight handles a range of work, including commercials for such brands as Target, Pandora, Puma, Ram Trucks, New York Lottery, Call of Duty, Honda and Perrier. The studio has partnered with such directors as Craig Gillespie, Michel Gondry, Noam Murro, Tom Kuntz, Michael Gracey and more. “They come to us because of our reputation for being very discerning and collaborative, and helping them up the ante,” says Daniel.

The studio also has extensive feature credits, and provided VFX for the soon-to-be-released “I, Tonya,” directed by Gillespie. Eight’s New York office was the sole effects studio on this picture, completing over 200 shots and delivered in under four months. They’ve also worked on films like Beasts of No Nation for Cary Fukunaga, Knight & Day for James Mangold, Mother for Darren Aronofsky, Hostage for Florent Emilio Siri and Gillespie’s 2014 sports drama, Million Dollar Arm.

Eight VFX has branched into episodic television as well, working on the hit Netflix series Stranger Things 2 and The Orville, the sci-fi comedy from Family Guy creator Seth MacFarlane. For the latter, the studio turned around more than 120 shots in under four weeks. “They tapped into our strengths for large digital matte paintings, set extensions and photoreal CG,” Daniel says about their work.

The main focus of growing Eight VFX’s presence in New York, Daniel adds, will be to continue to build on their current relations, both with directors and production houses, as well as with agencies and brands. “We’re also expanding our design and development and mixed media services for all of our clients across the board,’ she says. “Our goal is to help clients achieve their visions and meet their objectives, so all touchpoints across all platforms will be important.”