Legendary VFX artist responsible for groundbreaking film work will interact with students during the spring semester. 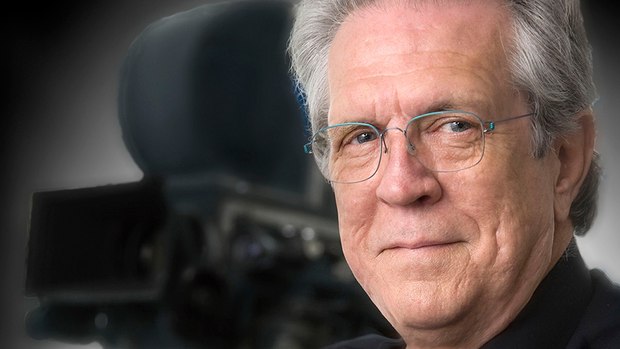 Richard Edlund is the Pankey Distinguished Artist for spring 2018 at the Dodge College of Film and Media Arts.

As an artist in residence, Edlund will share the creative thinking and processes behind some of the most significant developments in visual effects over the last three decades.

He will also co-teach the Digital Arts Industry Insiders course with Chapman professor and animation and visual effects program director Bill Kroyer. Edlund and Kroyer are both members of the Board of Governors of the Academy of Motion Picture Arts and Sciences.

Considered the “father of the new age” of visual effects for his industry-changing work on the first Star Wars in 1977, Edlund has supervised VFX work on dozens of films including Raiders of the Lost Ark, Ghostbusters, 2010, Die Hard, Ghost and Multiplicity.

Every semester, Dodge College hosts expert filmmakers to meet with and counsel selected scholars, as part of its Pankey Distinguished Artist program. The popular program includes regular, bi-weekly meetings with filmmakers in a one-on-one setting to mentor scholars through the creative development of a specific project throughout the semester.

In addition, Edlund will interact with the larger Dodge community at weekly dinners open to students as well as examining various types of visual effects challenges each week in Kroyer’s Digital Arts Industry Insiders class. This 16-week class will cover the history of visual effects from Star Wars to this year’s Academy Award-nominated VFX films. In addition to insightful clips and informative behind-the-scenes “making of” material, Edlund will host industry guests who are the top names in the VFX industry.

“Not only will our students gain invaluable insight and perspective on how effects are used to tell a story,” says Kroyer, “they will also receive an essential primer on how they may use visual effects in their productions from a true master of the craft.”

With film clips, “making of” materials, and guest speakers, the class will tackle separate visual effects topics each week, such as in-camera effects, animated characters, compositing, and “famous fixes” of bad effects.