Landmark 70th edition of the Edinburgh International Film Festival’s Animation in Focus program to be anchored by the first major retrospective of Scottish-based animation duo Will Anderson and Ainslie Henderson. 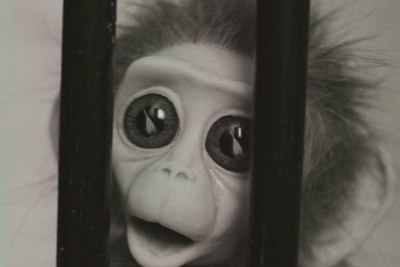 EDINBURGH, SCOTLAND -- Edinburgh International Film Festival (EIFF) has announced details of the Animation program scheduled to take place as part of next month’s landmark 70th edition with a number of acclaimed shorts set to screen between June 21st and 24th. The strand will be anchored by the first major retrospective of Scottish-based animation duo Will Anderson and Ainslie Henderson, in celebration of their meteoric rise since graduating from Edinburgh College of Art five years ago.

Taking place on Friday, June 24th, Five Animated Years of Will Anderson and Ainslie Henderson pays tribute to Scotland’s most dynamic animation double-act. Making an instant impression on the international festival circuit, the pair’s graduate films amassed over 60 awards between them, including: the BAFTA for Best British Animation in 2013, a Cartoon D’or nomination and a number of BAFTA nominations. Each has been presented with EIFF’s prestigious McLaren Award for Best British Animation which will uncover its 27th recipient at this year’s EIFF public screenings.

Among the films competing for The McLaren Award for Best British Animation this year are Simon Tofield’s Simon’s Cat – Off to The Vet and the latest offerings from internationally-renowned Nexus Productions: Rain or Shine by Felix Massie and To Build A Fire by FX Goby. A number of films from the National Film and Television School and Royal College of Art, in addition to strong representation from Edinburgh College of Art’s Animation degree course, will vie for the audience’s affections, alongside Shakespeare-inspired offerings and the latest Scottish Shorts produced via the Scottish Film Talent Network.

Animation Programmer Iain Gardner commented, "I’m delighted with the strong presence of short animated films at the 70th edition of the Edinburgh International Film Festival, and in particular, within this auspicious occasion, to celebrate the incredible achievements of Will Anderson and Ainslie Henderson. I look forward to welcoming them on-stage at Filmhouse 1, where many of their films had their first ever public screening!  As ever it’s been an absolute privilege to compile these programs and I hope that our audiences enjoy the diverse selections we have made."