Expansive program of screenings and discussion celebrating the vibrant field of experimental animation to be held December 9-11 at Whitechapel Gallery and Close-Up Cinema in London. 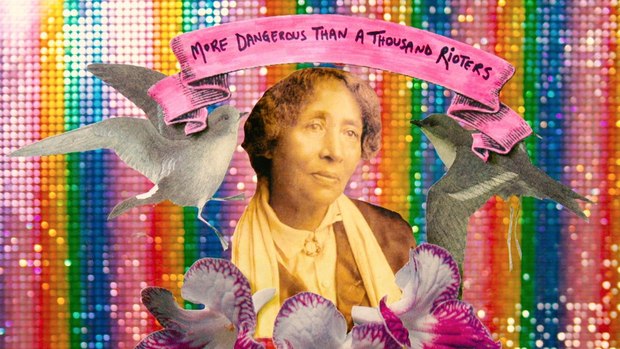 LONDON -- The Edge of Frame Weekend is an expansive program of screenings and discussions celebrating the vibrant field of experimental animation. Part of the London International Animation Festival, the three-day event will be held December 9-11 at Whitechapel Gallery and Close-Up Cinema in London.

From bold personal visions to intricate and visually stunning formal experiments, the program mixes contemporary animation by British and international artists with classic and rarely seen historical works, and a guest-curated program from Chicago’s Eyeworks Festival of Experimental Animation.

The 2016 program features three screening programs featuring the work of international animators. Two of these are curated by Edge of Frame’s Edwin Rostron, and one is a special guest-curated program from Lilli Carré and Alexander Stewart, co-directors of the Eyeworks Festival of Experimental Animation. Stewart and Rostron will introduce the programs and a number of the filmmakers will be present.

The Weekend begins with a seminar at Whitechapel Gallery featuring artists, curators and writers, addressing the position of experimental animation practice today, in relation to mainstream animation, visual arts, histories and institutions.

A program of works which use the material of film itself as a canvas. These visceral, vibrant films feature camera-less techniques such as scratching, painting and printing onto the filmstrip, subjecting film to decay and decomposition, and affixing materials such as letraset or insects to its surface. The remarkable visions created through these diverse approaches fill the frame with dynamic textures and color, and many will be presented on 16mm and 35mm prints. Seen in the cinema, these works achieve a powerful effect, immersing us in strange and previously unseen worlds, and displaying the breadth and scope of abstract film. Several of the filmmakers will be present at the screening.

A special day-long screening event celebrating the vibrant field of experimental animation, the Journeys into Experimental Animation program moves from bold personal visions to intricate and visually stunning formal experiments, mixing contemporary animation by British and international artists with classic and rarely seen historical works. Showcasing animation at the cutting edge of moving image practice, the program reveals connections and threads running through the many forms of experimental animation

Lilli Carré and Alexander Stewart are acclaimed artists, filmmakers, designers, animators and curators. They have each created unique and substantial bodies of work, utilizing a diverse range of techniques including drawn, digital, photocopied and computer generated animation as well as live action film, ceramics, printmaking and comics. This final program in the Edge of Frame Weekend is an opportunity to see a selection of their own extraordinary moving image works, produced both individually and collaboratively. Each of their filmmaking practices shares a fascination with the processes and artifacts of animation, yet they employ highly individual languages to explore such ideas.

The Edge of Frame Weekend is curated by Edge of Frame and Animate Projects -- the U.K.’s foremost champions of innovative animation practice. It is supported by Jerwood Charitable Foundation, Royal College of Art, and using public funding by the National Lottery through Arts Council England. The event takes place during the Whitechapel’s William Kentridge exhibition, and is part of the London International Animation Festival.