On the EDGE Conservation Launches YouTube Channel for Kids 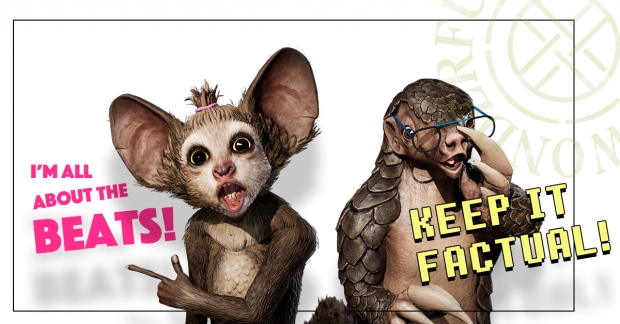 On the EDGE Conservation (OTEC), a charitable foundation that promotes biodiversity and conservation, is building its recent debuts in mobile gaming and educational publishing with a series of anthropomorphic virtual influencers set to entertain and engage young YouTube audiences, while also highlighting their predicament as an overlooked endangered species.

OTEC’s new YouTube channel will host weekly, short-form video diaries posted by the first characters in the series: Lexi the Aye Aye and Eric the Pangolin. Tegan the Kakapo will join the group in the coming weeks. Each has its own Instagram profile, and Tik Tok channels will launch in February.

To allow the characters to behave with the timeliness of influencers popular with kids aged 9-12 years old, OTEC has humanized them using a new form of motion-capture, where the face, hands and body movements are rendered simultaneously (instead of afterwards). This process enables animation in real-time, delivering the pace and feel of a classic vlogger.

These virtual influencers are the brainchild of experienced content-maker Bruna Capozzoli. She has invented modern-day lifestyles for the characters and commissioned Emmy award-winning screenwriting partnership, Mark Huckerby and Nick Ostler to create culturally relevant storylines that will resonate with kids. For example, Lexi the Aye Aye is a wannabe superstar DJ living in London, while Eric the Pangolin is studying environmental science at Uni.

“In this project we have really evolved our storytelling,” commented Capozzoli. “Through the beauty of virtual influencers, we have surpassed relaying retrospective news and moved towards cultural commentary. The key to ensuring our characters could evolve and gain lives of their own was mastering the technology that sits behind motion capture.”

As an extension of the foundation’s disruptive approach to the traditional model of conservation work, OTEC has ambitious plans to leverage its IP in the future across different channels including licensing, third-party brand collaborations and co-produced content.

The adopted motion-capture pipeline was designed by Doppelganger, a collaborative of technical specialists who came together to deliver OTEC’s brief for this project. In addition to using motion capture data to control the character 3D model live, Doppelganger used cutting-edge technology to capture data from face, hands, and body movement together at the same time, which is usually combined afterwards.

The On the EDGE YouTube channel follows the launch of mobile game, Kakapo Run, and underpins its ambition to promote biodiversity differently. By using popular digital platforms, OTEC hopes to inspire and engage a growing number of young activists to champion all the diversity of life in our natural world.

“By giving a voice to unfamiliar but endangered animals through modern story-telling techniques, we will promote biodiversity as something to be celebrated in pop culture,” explained OTEC founder and CEO, Beth Blood. “The characters in our animation are delightful and surprising, making refreshing new spokes-animals for the wonders of the natural world and the challenges it faces.”

Source: On the EDGE Conservation