Visual effects company with locations in Los Angeles, New York and Vancouver to expand to Atlanta. 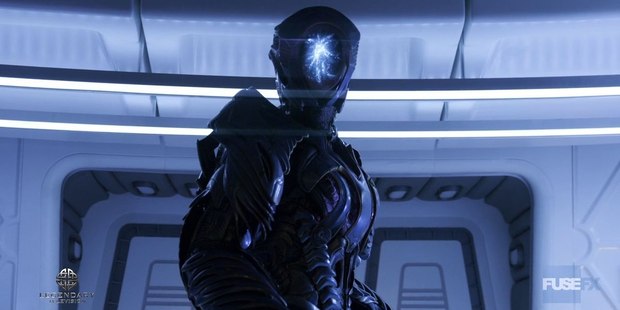 EagleTree’s investment is focused on accelerating the company’s growth. Founder and CEO David Altenau, as well as fellow co-founders chief development officer Tim Jacobsen and CTO Jason Fotter, will retain a significant minority stake and continue to lead the company. Terms of the transaction were not disclosed.

Founded in 2006, FuseFX is the market leader in providing visual effects for episodic content and continues to broaden services in feature films, commercials and VR. The company is headquartered in Los Angeles and has studios in New York and Vancouver. FuseFX has a strong presence across the entire episodic spectrum, including traditional networks, cable channels, premium content, and streaming (OTT) providers. The Company has established long standing relationships with many iconic episodic programs, such as Criminal Minds, Marvel’s Agents of S.H.I.E.L.D., American Horror Story, The Blacklist, The Magicians, Empire, and Preacher, among others. The company is also currently working on a wide variety of high-profile and complex shows including such titles as Lost in Space, Ozark, Orville, Deadly Class, The Tick, Marvel’s Runaways, Luke Cage and Mr. Robot (which just received an Emmy nomination for Best Supporting Visual Effects).

“The demand for, and incredible momentum in content across digital and traditional platforms continues to increase the need for high-quality visual effects,” said Altenau. “Partnering with EagleTree will enable us to capitalize on this trend, improve the service we offer our clients and accelerate our growth by expanding our geographic reach and scale, entering adjacent markets, continuing to broaden our existing creative services and exploring various business development opportunities. This investment will allow us expand our pool of talent and offer visual effects services in more locations, not only to service local production worldwide, but to place work in geographic locations most suited to our clients’ needs. “

“We’re very pleased to add FuseFX to EagleTree’s portfolio, and we’re looking forward to working with David, Tim, and Jason,” said EagleTree co-managing partner Anup Bagaria. “EagleTree has a long history of partnering with founders to help take their businesses to the next level. We’re very excited to have formed this partnership with the FuseFX team.”

“David, Tim and Jason have built the premier, best-in-class visual effects studio that has grown rapidly and established deep industry relationships with all the major studios,” said Michael Struble, senior partner at EagleTree. “Anchored by the company’s proprietary workflow software, Nucleus, FuseFX has not only differentiated itself in the visual effects industry, but also laid a foundation to capitalize on all the exciting trends in episodic content creation. Our philosophy is to identify the best companies in a particular sector and support the existing team in accelerating their growth. FuseFX fits that model perfectly.”

Altenau added, “The partnership with EagleTree will help accelerate many initiatives already underway, and we look forward to making some exciting announcements, such as a new FuseFX Atlanta office, in the very near future. Importantly, the new investment will allow us to continue to keep our customers as our number one priority, while building the infrastructure to support our exciting growth plans.”