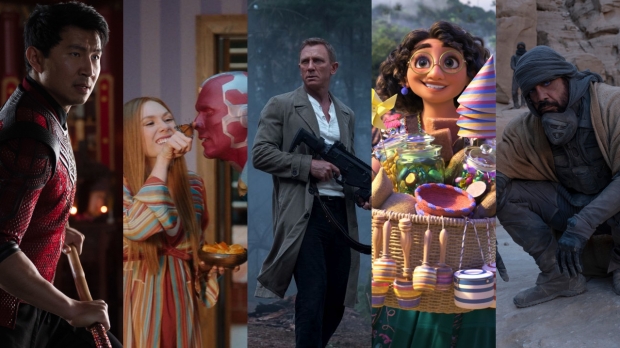 The Advanced Imaging Society’s Lumiere Awards, presented by Epic Games, awarded 21 statuettes for distinguished creative and technical achievement during its 12th annual awards ceremony held this past Friday at the Beverly Hills Hotel.

The theme for this year’s show was “Larger Than Life.” The awards are voted by members of the Hollywood creative and technology community working in motion pictures, television and emerging media. The Society honored Warner Bros.’ Dune for Best Live Action Feature Film calling it the “definitive immersive theatrical experience of the year.”  Director Denis Villeneuve accepted the award. West Side Story was recognized for Best Motion Picture – Musical, as well as Best Musical Scene or Sequence for the dance challenge in the gymnasium.  Paloma Garcia-Lee, who portrayed ‘Graziella’, accepted both awards.  Voters commented that “the camera became a part of the choreography, and the visuals were dazzling…a tour de force of storytelling through images.”

The Award for Best Theatrical Scene or Sequence was given to No Time To Die for the “Chase Through Matera” sequence. Accepting the award was Academy Award-nominated Sound Editor, Oliver Tarney.

A special Governor’s Cinema Award was presented to Spider-Man: No Way Home.  The Society leadership felt that this film encapsulated everything that is great about going to the movies, tying together a franchise of 9 films and in turn, delivering for the fans of the series in a joyous and emotional moment.  Evan Jacobs, Stereoscopic Supervisor for the film.

The Awards for Best Audio for Theatrical went to Nightmare Alley, which del Toro happily accepted, and Best Audio for Episodic TV WandaVision was accepted by Sound Editors Gwen Whittle and Danielle Dupre.

Machu Picchu and the Spirit of the Condor won for Best VR Entertainment Experience and Best Use of AR went to Expo Dubai Xplorer, accepted by Magnopus’ Ben Grossmann and Daisy Leak.  Emma Webb, Stereo Supervisor, and Madalynn Sadeghian, Stereo Producer, received the award for Best 2D to 3D Conversion for Shang Chi: The Legend of the Ten Rings.

The Society’s Annual Sir Charles Wheatstone Award, which is presented each year to an entire organization for achieving excellence in supporting artists and storytellers, was presented to Epic Games’ Unreal Engine, with Epic’s Jonathan Litt, Alejandro Arango & Chris Kulla on hand to accept.

In addition, three special awards were handed out, providing the highlights of the day.  The inaugural Gene Kelly Visionary Award was presented to Academy Award-winning director and producer Guillermo del Toro by Patricia Ward Kelly, Gene Kelly’s widow and biographer, who praised del Toro as the “kind of creative genius that Gene most admired.”

The first-ever EARTHDAY.ORG “Voices For The Earth Award” was given to Academy Award-winning writer, director and producer Adam McKay, presented by Kathleen Rogers, President of EARTHDAY.ORG, noting McKay’s humorous approach to conveying the seriousness of the threat we are all facing.

And finally, the esteemed Harold Lloyd Award was presented to Academy Award-nominated director Villeneuve by Suzanne Lloyd, Chairman of Harold Lloyd Entertainment.  Villeneuve represents the true spirit of this award, using his creative teams and the latest technology to empower his storytelling in the service of entertaining millions of fans.