DreamWorks Reveals ‘Abominable and The Invisible City’ Trailer and Cast

Picking up where 2019’s ‘Abominable’ left off, the wild and woolly adventure continues with Chloe Bennet reprising her role as ‘Yi’ and Tenzing Trainor returning as ‘Jin; all-new animated series hits Peacock and Hulu next month. 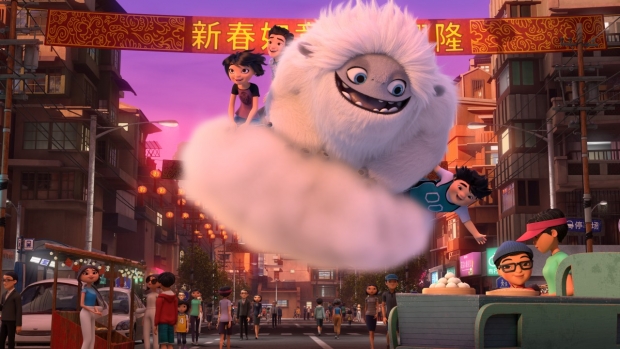 DreamWorks Animation has shared a trailer, revealed the cast, and dropped images (below) for its new animated series, Abominable and The Invisible City, inspired by the 2019 animated feature, Abominable. All 10 episodes premiere October 5 on Peacock and Hulu.

The legendary animation studio’s upcoming 3DCG animated comedy adventure series continues the wild and woolly fun of DreamWorks Animation's Abominable – and here’s what they say it’s all about:

Everest, the yeti, Yi, Jin, and Peng know that there’s a whole magical world out there, and now it’s even closer than they think! So when they discover that their surroundings are teeming with magical creatures in need of their help, the kids set out on extraordinary and heartfelt adventures throughout their city and beyond.