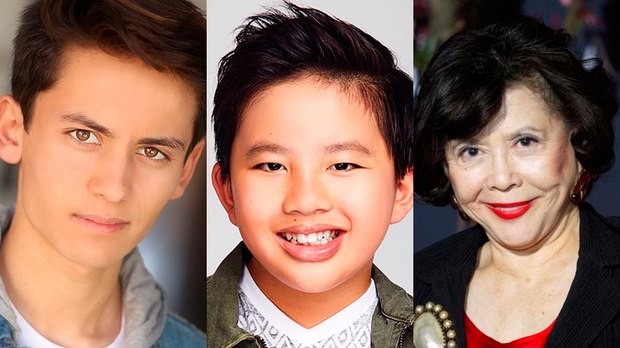 Jill Culton (Open Season) is directing Abominable, Todd Wilderman (Home, Croods) is co-director, Suzanne Buirgy (Kung Fu Panda 2, Home) serves as producer with Tim Johnson (Over the Hedge, Home, Antz) serving as executive producer. Abominable takes audiences on an epic 3,000-mile journey from the streets of Shanghai to the breathtaking Himalayan snowscapes. When a mischievous group of friends encounter a young Yeti, they embark upon an epic quest to reunite the magical creature with his family at the highest point on Earth.

Abominable is in production and will be released by Universal Pictures worldwide beginning Sept. 27, 2019. In China, the film will be distributed by Pearl Studio.

Albert Tsai is a young American actor best known for the comedy series Dr. Ken, Trophy Wife, Fresh Off The Boat, and can next be seen in the upcoming comedy series Coop and Cami Ask the World. He earned a best supporting actor nomination from 2014 Critics' Choice Television Awards for his performance on ABC's comedy Trophy Wife and was named one of Entertainment Weekly's 12 best child actors of 2015.

Trainor is best known for his role of Parker Rooney on Liv and Maddie. Trainor is a versatile actor and voice actor who is of American nationality and Nepali/Tibetan descent. He is the grandson of Tenzing Norgay, who was the first Sherpa to reach the summit of Mount Everest with Sir Edmund Hillary on May 29, 1953.

Chin (pinyin Zhou Caiqin) is an actor, director, teacher and author, best known in America for her film role as Auntie Lindo in The Joy Luck Club. She has twice appeared in James Bond films, first as a Bond girl in You Only Live Twice and later in Casino Royale. In addition to films, she has starred in many stage productions on both sides of the Atlantic, from Broadway to London’s West End.