'DreamWorks Madagascar: A Little Wild’: A Milestone for Deaf Representation 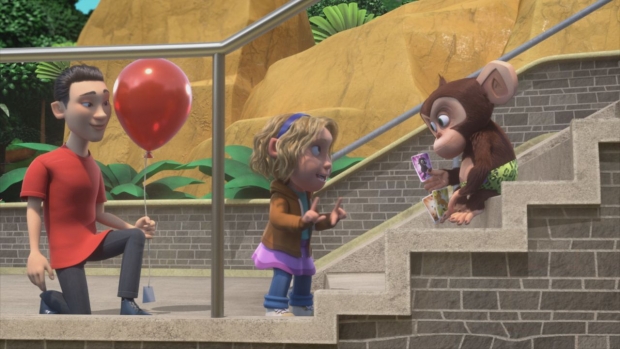 Season 6 of DreamWorks Madagascar: A Little Wild features deaf actress Shaylee Mansfield in a “sign over” performance, one of the first in a kids’ animated series. The character is named and modeled after Mansfield and was animated by using a video reference of the actress performing for animators to model from, building upon the previous five seasons featuring ASL and deaf characters. Like series favorites “Dave and Pickles,” Mansfield’s character, Shaylee, uses American Sign Language (ASL) to communicate, expanding inclusivity and promoting awareness of ASL.

Watch the featurette highlighting the process used by Mansfield alongside Delbert Whetter, Jevon Whetter, and Justin Maurer, who serve as ASL consultants on the series.

Mansfield began her career as a deaf YouTuber with the goal of inspiring families and children worldwide to learn ASL. As an actress, she works to show authenticity to the deaf community and expand awareness for ASL through her performances

Check out new “sign over” performance in the Season 6 clips:

Wanna Trade? – In the clip, when Dave trades Melman’s rare sea lion card, Gloria is determined to get it back!

Also watch the gang in the musical clip:

Case of the Popped Tire - Melman discovers a popped tire on his toy ambulance on the night of the big toy-car race! Will he and the zoo crew get to the bottom of what really happened

Last but not least – here’s the official Season 6 trailer: