Jack Black and Rita Ora return as Po and Wandering Blade, who, along with their motley crew of warriors, embark on new adventures, facing danger at every turn; the all-new 12-episode season comes to Netflix next month. 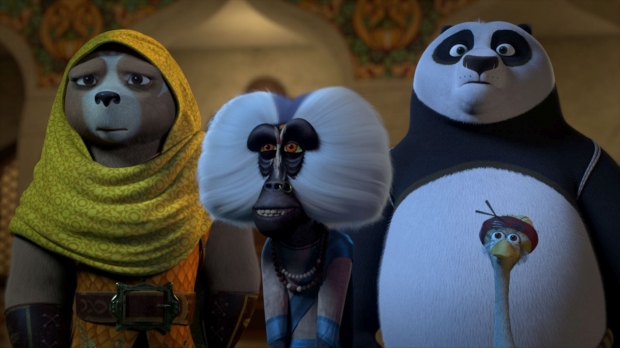 In the series, as he pursues the villainous weasels, Klaus and Veruca, and the powerful Tianshiang weapons, Po ventures outside of China for the first time with his motley crew of warriors, including the fierce Wandering Blade, the slippery Rukhmini, and loyal Mr. Ping. From a museum heist in India to a volcanic eruption in Central America, the heroes face danger at every turn on their journey to unravel the secrets surrounding Blade’s brother and his connection to the magical weapons.

And finally, as the team of warriors begins a long journey to England, Po tells a story explaining Chinese New Year customs and traditions to elevate the crew’s spirits in a Lunar New Year special.

Watch the Season 2 trailer and check out some new key images below: