Our six campers remain stranded on Isla Nublar, where they uncover a lethal threat the imperils their escape; new episodes hit Netflix on May 21. 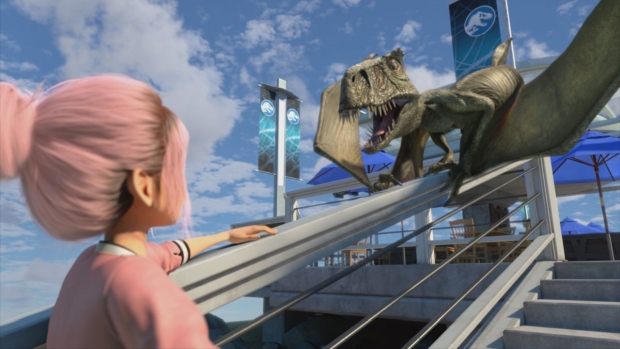 DreamWorks Animation has just released a trailer for Season 3 of their Annie Award-winning animated adventure series, Jurassic World: Camp Cretaceous, which returns May 21 to Netflix with 10 new episodes.

In Season 3, while still stranded on the island, the campers uncover more details of Dr. Wu’s secret research, and must quickly take their fate into their own hands with a dangerous plan to leave Isla Nublar behind for good. But when a tropical storm delays their departure, a lethal new threat quickly closes in on the campers, placing their escape, as well as their lives, in extreme peril.