In the final season of the popular animated series, the trolls dance and sing their way through 7 all-new episodes, proving that anything is possible with glitter, hugs, and teamwork; the show streams onto Peacock and Hulu this August. 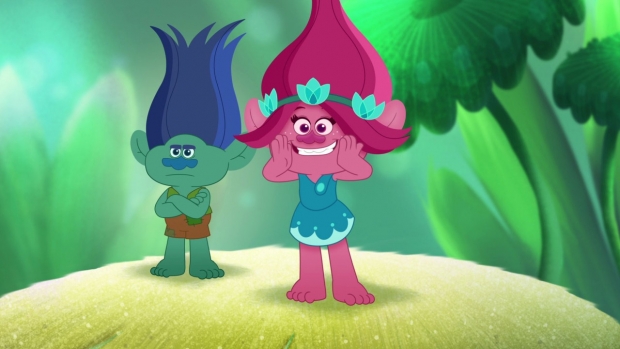 The seventh and final season of DreamWorks TrollsTopia is heading to Peacock and Hulu on August 11 with seven all-new episodes that prove that anything is always possible in the land of trolls – it just takes a little teamwork, glitter, hugs, and a lot of fun! Executive produced by Emmy-nominated Matthew Beans (Trolls: The Beat Goes On!), the 2D animated series, inspired by DreamWorks Animation’s hit animated films, writes the next chapter in the hair-raising adventures of the trolls.

In Season 7, when Val’s vacation doesn’t go according to plan and R&B’s pancake breakfast falls flat, Poppy and the Trolls get creative. When Cloud Guy gets into Cloud College, he embarks on a hunt to find a replacement to annoy Branch in his absence. But does one even exist?!

To get you in the mood, DreamWorks Animation has dropped a new trailer and images (see below) – the final season is almost here!