Netflix brings a new Captain Underpants special to your door for any early Halloween treat – streaming on October 8! 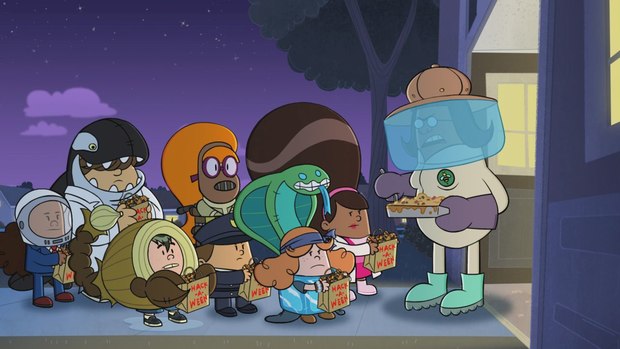 In the special, when mean Principal Krupp and evil boy-genius Melvin make Halloween illegal and institute “Hall-no-Ween,” George and Harold team up with their friends to hack their favorite holiday, creating Hack-A-Ween. The kids wear disguises instead of costumes, carve cabbages instead of pumpkins, and get snacks instead of candy. The hacked holiday is a huge hit, so when Krupp and Melvin make even more trouble, the kids realize that in order to really save Halloween they will have to negotiate with the enemy.