DreamWorks Animation and distribution partner 20th Century Fox’s ‘The Boss Baby’ brings in $50.2 million from 3,773 theaters for its debut, the ninth largest opening for a DWA title. 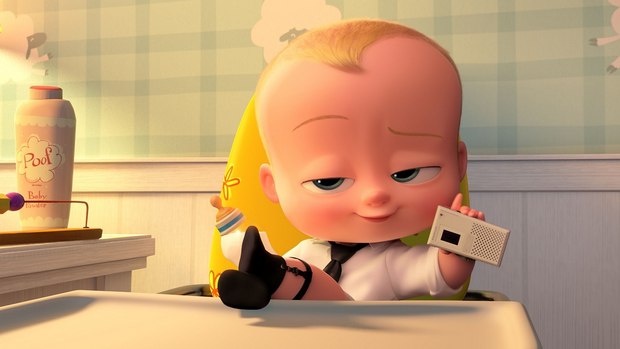 Bringing in $50.2 million from 3,773 theaters for its debut, The Boss Baby currently stands as the ninth largest opening for a DreamWorks Animation title, according to a report by Box Office Mojo. The opening is just a few million short of the $52.1 million debut for Home, which opened over the same weekend in 2015 before it went on to gross more than $175 million domestically and $386 million worldwide.

Meanwhile, Paramount’s Ghost in the Shell performed well below expectations, coming in third place at the domestic box office with $19 million from 3,440 theaters. For comparison, Scarlett Johansson’s previous solo action film, Lucy, directed by Luc Besson, debuted to $43.8 million in 2014.

Lionsgate’s Power Rangers finished the box office race in fourth place with $14.5 million, pushing its domestic total to $64.8 million. Internationally, the film made $8.1 million from 70 markets for a new total of just south of $100 million, with openings in France, Belgium, Italy, Spain, Finland and Sweden to come next week followed by a late April release in South Korea, May release in China, and a July release in Japan.

Rounding out the top five is Warner Bros. and Legendary Pictures’ Kong: Skull Island, which delivered $8.8 million at the domestic box office for a new North American total of $147.8 million. With a total of $329.5 million internationally, Kong: Skull Island is rapidly approaching the $500 million mark globally.