The redesigned opener launches with the highly anticipated release of ‘Puss in Boots: The Last Wish,’ in theaters December 21. 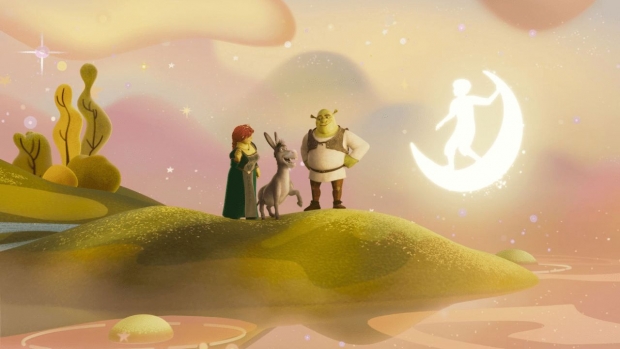 DreamWorks Animation has shared an all-new logo sequence that will debut with the upcoming feature, Puss in Boots: The Last Wish, in theaters December 21. The sequence features DreamWorks' iconic moonchild in flight, soaring through the stars amongst the studio's celebrated franchises, including this year's The Bad Guys, alongside iconic characters from Dragons, Kung Fu Panda, The Boss Baby, Trolls, and Shrek.

The sequence was developed and produced by a DreamWorks creative team led by producer Suzanne Buirgy and production designer Kendall Cronkhite, with the music composed by Harry Gregson-Williams (Shrek franchise).

In case you missed it, check out the trailer for Puss in Boots: The Last Wish, coming to theaters next month. It’s going to be fun!