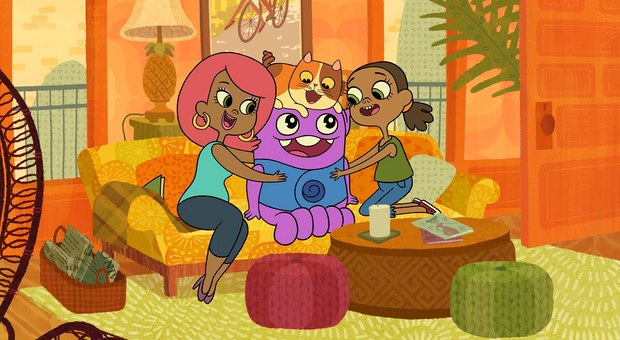 What happens after a misfit alien named Oh conquers Earth, befriends an adventurous teen girl named Tip, and together they save the day? Oh moves in with Tip and her human family, and finally discovers the true meaning of home.

Picking up where the hit 2015 animated film left off and building upon their enduring friendship, this coming-of-age buddy comedy follows fearless Tip and overenthusiastic Oh, as they navigate the crazily combined human and alien culture they live in, finding adventure everywhere they go. The series will also include tons of memorable and toe-tapping original music that highlight Rachel Crow’s extraordinary vocal talents.

In addition to Home: Adventures with Tip & Oh, Netflix will launch several new original series in partnership with DreamWorks Animation in 2016. Along with a reimagining of pop culture phenomenon Voltron, also comes Trollhunters from master storyteller Guillermo del Toro, who will unleash a new, fantastical world centered on two best friends and the startling discovery made beneath their hometown.