Five new episodes of DreamWorks Animation Television’s ‘The Adventures of Puss in Boots’ returns to Netflix on May 8. 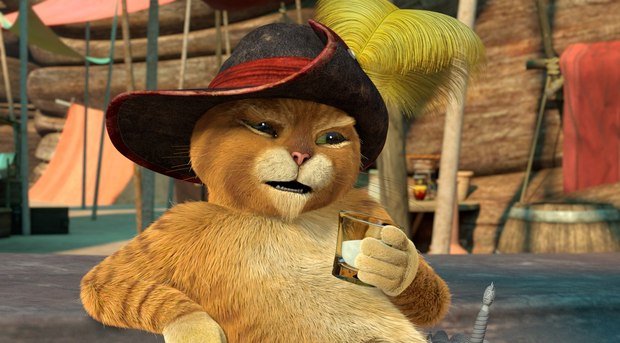 On May 8, DreamWorks Animation Television’s The Adventures of Puss in Boots returns to Netflix with five all-new episodes. Viewers will join Puss In Boots, Dulcinea and the denizens of the enchanted village of San Lorenzo for fantastic, comedic adventures. In the new episodes, they journey to find the Fountain of Youth to save Puss's old mentor, El Guante Blanco; discover a powerful, talking sword in a stone (voiced by John Rhys-Davies of Raiders of the Lost Ark and Lord of the Rings); and come face-to-face with a giant, marauding Golem who has an unexpectedly soft heart.

Also, Puss was the first CG-animated character ever to host a full category on Jeopardy this week. Thanks to CG animation, Puss “recorded” clues for an entire category called “Not as Great as Puss In Boots.”

The Adventures of Puss in Boots is part of DWA TV's ever-growing slate of animated Netflix original series, including Turbo FAST, VeggieTales in the House and All Hail King Julien, which recently received three Daytime Emmy awards, including Best Children’s Animated Program.