Acclaimed filmmaker to write and direct feature based on award-winning children's book, ‘The Adventures of Beekle: The Unimaginary Friend,’ by Dan Santat. 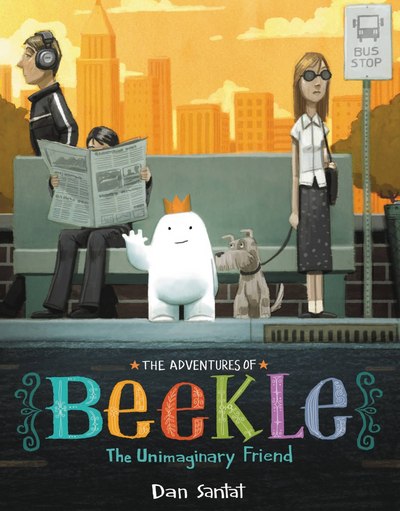 GLENDALE, CA -- DreamWorks Animation has found a very real director for the story of an imaginary friend, as the Academy Award-nominated Jason Reitman is set to write and direct Beekle, based on the award-winning children's book, “The Adventures of Beekle: The Unimaginary Friend.”

Beekle is the first project to be put into development by DreamWorks Animation's recently appointed Co-Presidents of Feature Animation Bonnie Arnold and Mireille Soria. It is the first foray into animation for Reitman, the celebrated director of films including the Academy Award-nominated Juno, Thank You For Smoking, Young Adult, Labor Day, Men, Women & Children, and the Academy Award-nominated Up in the Air, for which Reitman earned a Golden Globe Award for Best Screenplay. Written and illustrated by Dan Santat, “The Adventures of Beekle: The Unimaginary Friend,” is the 2015 recipient of the prestigious Caldecott Medal, awarded annually to the most distinguished American picture book for children.

DreamWorks Animation development executive Damon Ross brought the project to the studio, which he, along with the studio's Head of Development Gregg Taylor are overseeing.

"Welcoming Jason onto this project is a true coup, as his incredible ability to tell heartfelt character-driven stories with a signature comedic tone makes him the perfect choice to bring this beloved book to the big screen,” said Arnold and Soria in a joint statement. “We immediately fell in love with the concept of 'Beekle' and know that Jason will create something truly special from this fantastic source material.”

“I was book shopping with my daughter, when a little tooth-shaped character in a paper crown stole our hearts,” Reitman added. “His name was Beekle and I'm honored to now be adapting Santat's charming story into a feature film. I'm particularly proud to be working with DreamWorks Animation, makers of Kung Fu Panda, the first film my daughter ever saw on the big screen.” Beekle is the story of an imaginary friend who is so odd and so unique that no kid could possibly imagine him. So he decides to take matters into his own hands, and sets off on an unimaginable journey to the land of people in search of a best friend.