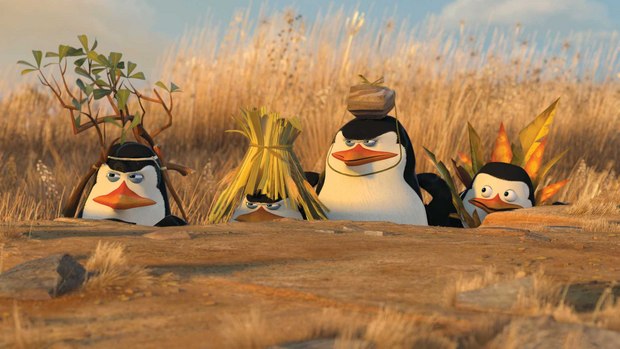 Wall Street analysts are predicting further losses for DreamWorks Animation following the North American debut of Penguins of Madagascar, according to a report by The Hollywood Reporter.

In a research note issued late Sunday, Stifel, Nicolaus analyst Benjamin Mogil noted that Penguins opened its North American run to a five-day box-office take of $36 million, “well below our estimate and consensus.” His North American box-office estimate for the five-day weekend had been for $50 million to $55 million, and he now expects the studio to book a loss of $14 million on the film in the fourth quarter.

Penguins had only a slightly better debut than that of the studio’s 2012 release, Rise of the Guardians, which eventually forced a write-down of $87 million. The studio took similar write-downs on 2013’s Turbo and this year’s Mr. Peabody & Sherman. To date Penguins of Madagascar has grossed $63 million internationally, but those numbers include China, where Penguins saw an $11.4 million debut and has already racked up $24 million.

Mogil also revised downward his DVD/VOD estimates for the title, writing that “We now expect the title to sell 3.5 million net units (had been 4.7 million) and VOD to generate $11 million of revenue (had been $15 million).”

Early Monday, Sterne Agee analyst Vasily Karasyov said Penguins was “on track to generate ultimate domestic box office of $105 million, significantly below our and the Street’s expectations prior to the film’s release, which were $200 million and $175 million, respectively.”

Janney Montgomery Scott analyst Tony Wible said that Penguins has a “long favorable release window” and was likely to have “a larger than average ultimate-to-open ratio.” But he also warned: “The weaker results increase risk of another impairment and continue to dilute the momentum DWA is gaining in its non-film business. We are maintaining our estimates until we get a better sense for how the post-release tail will develop, but we believe [Wall] Street numbers will need to come down.”

B. Riley analyst Eric Wold said the box-office trends also could be a negative in attempts to possibly find a buyer for DWA. Wold maintained his “neutral” rating on the stock and his price target of $25.

Morgan Stanley analyst Benjamin Swinburne was more bullish than others with his report: “Penguins Off to a Slow Start, But Likely Still Profitable.”