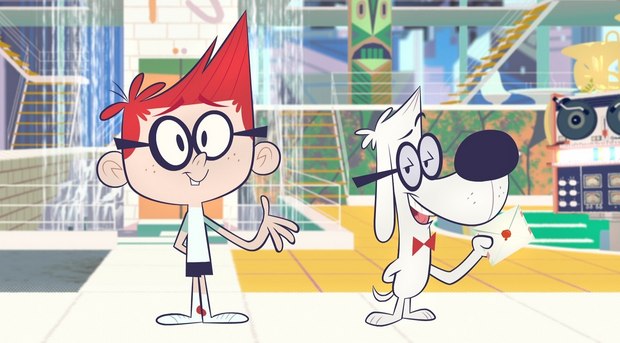 HALIFAX, CANADA & GLENDALE, CA -- DHX Media, an international creator of content for families and children, and DreamWorks Animation, a leading family entertainment company, have entered into a five-year agreement to co-produce 130 episodes of original animated children’s content at DHX Studios. Content under the deal will air on DHX Television’s suite of channels, which includes Family Channel, Family Jr., Family CHRGD and Télémagino. DHX will handle distribution for the content in Canada and DWA will distribute to the rest of the world.

In addition, DHX Media has licensed more than 1,000 half-hours of television programming from DreamWorks Animation, to be broadcast beginning as early as June 2016 across DHX Television’s channels. DHX Television will thus become the exclusive television network for this DreamWorks Animation television content in Canada. Series coming to the network include All Hail King Julien, The Mr. Peabody & Sherman Show, Dragons: Race to the Edge, The Croods, and many others.

DHX Media has also entered into an agreement with AwesomenessTV, which is majority owned by DWA, to license 300 half-hours of teen content for exclusive broadcast in Canada on Family Channel. AwesomenessTV is a multi-platform media company that is a global leader in producing content for the Gen Z audience. The series included in the agreement will air on Family Channel’s previously announced evening teen block, F2N, which launches in January 2016, anchored by DHX’s Degrassi: Next Class. DHX will also handle distribution for the AwesomenessTV content in Canada, including SVOD and OTT.

Dana Landry, CEO of DHX Media, commented, “We are excited to be teaming up with DreamWorks Animation and AwesomenessTV. These are two of the world’s leading content producers in the kids, teen and family space and we look forward to creating fantastic new series with them, and to bringing many of their exciting titles to our channels for Canadian families to enjoy.”

“We are incredibly pleased to welcome DHX to our family of world-leading broadcasters,” added Ann Daly, President of DreamWorks Animation. “This pact with DHX will not only expand the footprint of our existing library, but also create new branded series in Canada with global appeal.”