Approximately half of PDI’s 450 workers will lose their jobs; the others will be offered positions at the DWA campus in Glendale. 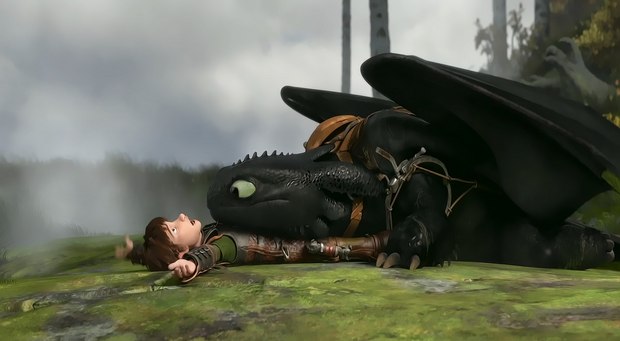 On the heels of Thursday’s announcement that DreamWorks Animation is is implementing a new strategic plan to restructure its core feature animation business, shedding approximately 500 jobs in the process, a conference call with industry analysts revealed that the studio would be shuttering its PDI/DreamWorks facility in Redwood City, CA.

About half of the Northern Californian facility’s 450 workers will lose their jobs, Deadline reports, with the remainder to be offered positions at the DWA campus in Glendale, CA. The studio said that it expects to incur a loss of around $290 million in connection with the restructuring.

DreamWorks Animation acquired a 40 percent interest in Pacific Data Images in 1996, with founder Carl Rosendahl serving as Chairman. In 2000, Rosendahl stepped down and DWA bought the remaining interest for an undisclosed sum, re-naming the facility PDI/DreamWorks. The studio re-launched PDI/DreamWorks in 2012, unveiling a new 200,000-square-foot campus built in same location.

PDI/DreamWorks credits include How to Train Your Dragon and its sequel, which won a Golden Globe award for Best Animated Feature this year, as well as three Shrek films, Madagascar: Escape 2 Africa, Mr. Peabody & Sherman and Penguins of Madagascar.

Zoradi joined DreamWorks Animation seven months ago, while Taubin was hired in late 2013. “Given that we’re narrowing the focus of the company over the next two to three years, we’ve tried to bring our executive suite in line with a more focused agenda for the company,” Katzenberg said, adding that Zoradi had volunteered to leave the company given its new strategy.

In addition, B.O.O.: Bureau of Otherworldly Operations has been put back into development, Variety reports, while projects such as Boss Baby are still on the studio’s upcoming slate.

DWA head Jeffrey Katzenberg reportedly said he will take a more hands-on role in how the studio’s films are developed and produced. “Feature animation is the core of our company. Getting our feature film business back on track is our number one priority,” he said during the call.

Budgets on its films will be reduced to $120 million, starting with Trolls, which is due in theaters in 2017. This is still significantly higher than many budgets for animated features: Warner Bros. produced 2014’s The Lego Movie for $60 million, and Illumination Entertainment produced Despicable Me 2 for $76 million. By comparison, Disney’s Big Hero 6 was produced for $165 million, and DreamWorks Animation’s How to Train Your Dragon 2 was made for $145 million.

DreamWorks Animation announced the reorganization after the stock market closed on Thursday, but Wall Street reacted favorably and the company’s stock rose more than three percent in after-hours trading.