Felix the Cat finds a home at DreamWorks Animation, where the Iconic cartoon character will become a fashion brand. 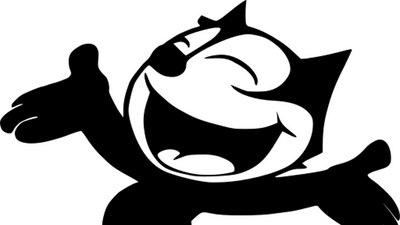 Iconic cartoon character Felix the Cat has found a home at DreamWorks Animation, according to a report by Variety.

DreamWorks Animation CEO Jeffrey Katzenberg unveiled the acquisition Tuesday during a presentation at the Licensing Expo in Las Vegas, touting the 95-year-old character as “the latest major addition to DreamWorks’ evergreen properties.”

Katzenberg did not reveal specific plans for a Felix movie, saying instead that the cat will become a fashion brand. He also noted that the character is “especially popular” in Asia.

“Today, DreamWorks has acquired all rights to Felix the Cat,” Katzenberg said. “Felix really goes beyond evergreen status and rises to something even more uncommon, as he is a true icon. We plan to make him one of the most desired fashion brands in the world.”

Felix became popular in the 1920s in animated shorts, a comic strip and merchandise such as ceramics, toys and postcards. Felix cartoons began airing on TV in the 1950s with the cat having a “Magical Bag of Tricks” that could assume a variety of shapes.

The 1950s show was owned by Classic Media but the Felix character itself still belonged to the grandson of the character’s creator.

DreamWorks Animation acquired Classic Media in 2012 from private equity group Boomerang Media Holdings for $155 million. The library includes family characters and brands -- such as Casper, George of the Jungle, Where’s Waldo and Rocky and Bullwinkle -- along with 450 films and more than 6,100 episodes of animated and live-action programming.