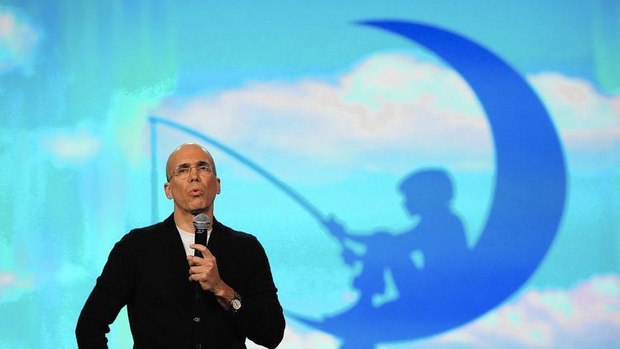 Comcast’s $3.8 billion purchase of DreamWorks Animation closed on Monday, according to a report by the Los Angeles Times, with former DWA CEO Jeffrey Katzenberg bidding staffers goodbye in a memo sent to employees on Monday morning.

Katzenberg also received a more than $391 million cash-out package, with the animation studio founder (along with principals Steven Spielberg and David Geffen) reportedly walking away with ten times more money than the next-highest-ranking studio employee, DWA president Ann Daly. According to a regulatory filing, the “ginormous” payday was compensation for a total of 9,186,260 shares Katzenberg held via direct ownership, a trust, and a series of entities he owns with his wife, Marilyn -- which netted a total of $376.6 million -- as well as one million shares priced at $24.28 a share and at $35.30 a share and worth an additional $14.9 million.

Daly received the second-largest payday, reported as $39.8 million, with the bulk of that payout coming from the sale of 886,000 shares at the full price of $41 a share, and an additional $3.5 million more from options sales. DreamWorks Animation CFO Fazal Merchant received roughly $3 million, while chief counsel John Chang took home around $2.5 million.

Katzenberg will now serve as a consultant to Comcast alongside his post as Chairman of DreamWorks New Media, where he will continue to seek opportunities for growth possibilities for properties such as the studio’s AwesomenessTV unit.

The full text of Katzenberg’s memo to DWA staffers is shown below:

As I've said to many of you over the past week, my work is my happiness. And for 22 years, my happiness has been DreamWorks. But DreamWorks isn't the beautiful campus, the fountain, the panini maker or even the movies, TV shows and incredible entertainment we've created together.

To me, DreamWorks is all of you, the people, who have made it all happen over the years, and who will continue to do so after I drive through those gates for the last time.

But, as Jakob Jensen, a longtime colleague of ours recently reminded me (via Dr Seuss): "don't cry because it's over, be happy because it happened." I couldn't agree more, and I will happily take with me memories of working with incredibly talented individuals from around the globe, united by an amazing goal: to bring joy, wonder and laughter to the world.

So, thank you for this remarkable place of green ogres, fighting pandas, swashbuckling cats, stranded zoo animals, prehistoric cave people, six-legged aliens, flying dragons, and so much more. I may be heading out the door, but these are the real stars of DreamWorks, and they will remain. And their numbers will continue to grow, soon to be joined by electric-haired trolls and an extremely bossy baby.

Looking down the road, I can't wait to grab my popcorn and watch DWA keep raising the bar in the years ahead.