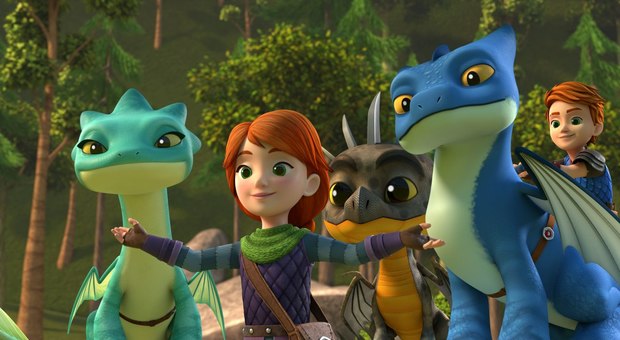 “As we continue to push boundaries in animation and challenge ourselves to pursue innovative ideas and find new audiences, I am excited to align our development and current programming teams under the expertise and guidance of Teri and Kelly,” said Gal. “These two are tremendous storytellers and I look forward to seeing them lead our talented team into new territory for DreamWorks Animation Television.”

DreamWorks Animation is one of the world’s leading producers of high-quality, animated family programming, with multi-series deals with Netflix, Peacock, Hulu, Amazon, CBS All Access, Universal Kids, and other leading broadcasters around the world. Since inception in 2013, the studio has garnered 25 Emmy Awards and is home to such beloved series as the recently released Kipo and the Age of Wonderbeasts, Dragons Rescue Riders and Fast & Furious: Spy Racers, as well as Guillermo del Toro’s Tales of Arcadia trilogy, Spirit Riding Free, The Boss Baby: Back in Business and She-Ra and the Princesses of Power.  Upcoming new series include Jurassic World: Camp Cretaceous, Gabby’s Dollhouse, Rhyme Time Town and more.