New clip introduces the origin tale of the intrepid penguin crew and includes a cameo appearance by Werner Herzog. 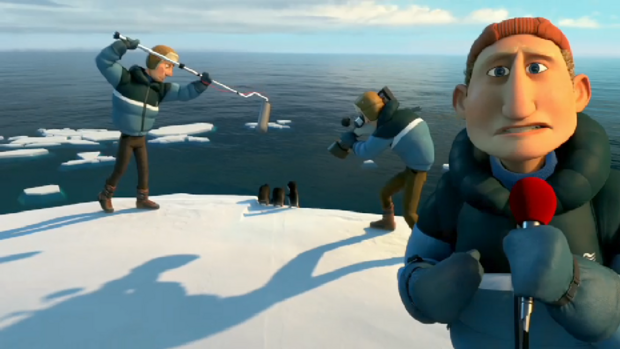 A little over a month out from the film’s release date, 20th Century Fox and DreamWorks Animation have released, via iTunes, a new clip from the studio’s highly anticipated Madagascar spinoff, The Penguins of Madagascar.

First unveiled at New York Comic-Con, the lengthy clip introduces the origin tale of the intrepid penguin crew: Rico, Skipper, Kowalski and Private. The footage also contains a very special filmic Easter egg in the form of Werner Herzog, who makes a cameo appearance as a documentary filmmaker. Watch the new clip in the player below:

Super spy teams aren’t born…they’re hatched.  Discover the secrets of the greatest and most hilarious covert birds in the global espionage biz: Skipper, Kowalski, Rico and Private. These elitists of the elite are joining forces with a chic undercover organization, The North Wind. Led by handsome and husky Agent Classified (we could tell you his name, but then…you know), voiced by Benedict Cumberbatch. Together, they must stop the villainous Dr. Octavius Brine, voiced by John Malkovich, from destroying the world as we know it.

The Penguins of Madagascar arrives in theaters in 3D on November 26, 2014.