Short films planned for release over the next 18 months include ‘Bird Karma’ directed by William Salazar, ‘Marooned’ directed by Andy Erekson, and a currently untitled short film directed by Pierre Perifel, Liron Topaz and JP Sans. 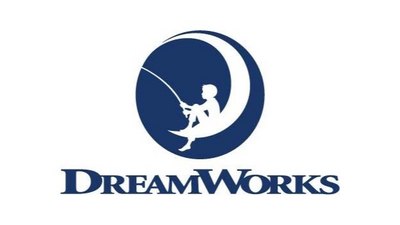 DreamWorks Animation Film Group has officially announced the formation of DreamWorks Shorts, with Bird Karma, directed by William Salazar, serving as the first animated short film to emerge from program.

Bird Karma stems from an original idea that Salazar conceived of years ago, and will make its theatrical debut on the front of DreamWorks Animation’s bow of The Boss Baby in Japan this spring, before traveling to selected festivals in the U.S. and around the globe.

The studio’s goal in launching the program is to advance the artists’ storytelling and creative skills, develop new technologies, create unique collaborations, explore new stories and characters for feature development, and identify emerging talent within the company.

The project began with an open pitch session for employees across the studio. DreamWorks Animation Film Group president Chris DeFaria and his creative team heard more than 25 ideas for original short films -- with the intention of producing two to three projects over the next three years. Following the event, eight films were advanced into active development, with three planned for release in the next 18 months: Bird Karma directed by William Salazar; Marooned directed by Andy Erekson; and a currently untitled short film directed by Pierre Perifel, Liron Topaz and JP Sans.

“The pitch process was incredible,” deFaria enthused about the program. “DreamWorks is truly an artists’ enclave and we were all blown away by the immense talent at the studio. There were personal stories, comic sketches, gorgeous concept art and simple pencil tests -- some were 2D, most were 3D -- and even one stop-motion pitch; but taken together the collection demonstrated a level of inventiveness, story-sense and innovation that surprised and delighted all of us. The criteria for selection was primarily artistry and entertainment, but we were also on the lookout for ideas that could challenge our technology and explore innovative methods of storytelling.”

One unique aspect of the program is that it draws from all levels of the animation studio to include participants that range from production assistants, story artists, designers, lighting directors, animators and more, with each team working across multiple disciplines in a process that is quite different from the work these individuals do on their feature film projects.

“In many ways this format and length are liberating, and we see our teams taking more personal risks with their story-telling and design,” DeFaria added. “Our first priority is our six feature-length projects currently in production, so the time allotted for these short film projects can sometimes be limited. But the pace at which these films are progressing is a testament to how passionate these filmmakers are about this program. It’s a perfect opportunity to put total creative control in the artists’ hands.”

The plan is for DreamWorks Animation to release two of these short films a year, utilizing their feature releases as a launch pad for the animated short films.