Multi-talented filmmaker to direct and co-write original animated feature centered on the concept of shadows; Wright to co-write the film with comedian and author David Walliams. 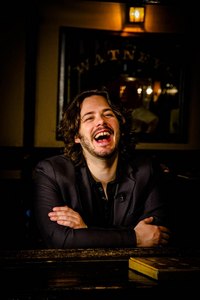 GLENDALE, CA -- DreamWorks Animation has tapped acclaimed filmmaker Edgar Wright to direct and co-write the screenplay for an original animated feature centered on the concept of shadows. Wright will co-write the film with acclaimed comedian and author David Walliams.

The project, a new approach to a previously developed concept, marks the feature animation directorial debut for Wright. For DreamWorks Animation’s Co-Presidents of Feature Animation Bonnie Arnold and Mireille Soria, the hiring of Wright is the latest example of the studio’s focus on working with a diverse group of the industry’s most gifted filmmakers.

Wright’s distinctive comedic voice has spawned a legion of loyal fans, with beloved films including Shaun of the Dead, Scott Pilgrim vs. the World, and Hot Fuzz. The multi-talented filmmaker also co-wrote the Golden Globe winning The Adventures of Tintin. Co-writer David Walliams is a celebrated comedian, actor, author, television personality and activist, known for his partnership with Matt Lucas on the BBC One sketch show Little Britain. A best-selling children’s author, Walliams’ books have sold more than 10 million copies to date.

“Edgar will spearhead a new approach to this fascinating concept and we’re ecstatic to have him onboard as director along with David as co-writer,” said Arnold and Soria in a joint statement. “We’ve always been intrigued by a film concept involving shadows, and now with Edgar’s signature comedic style and abilities as a natural storyteller, audiences will be treated to a truly captivating and energetic tale.”

“My first endeavors in film-making as a teenager were in animation, so it was hugely intriguing to get a call from DreamWorks Animation about potentially directing,” said Wright. “When the Shadows concept was suggested to me, I could see the poster, the title sequence and pretty much the whole movie. It’s a blast writing this and to have one of my oldest friends in comedy, David Walliams, along for the adventure is a thrill.”

DreamWorks Animation’s Head of Development Gregg Taylor and development executive Damon Ross are overseeing the project for the studio.