DreamWorks Animation and Mainframe Studios have teamed up on an all-new CG animated preschool series, Team Zenko Go, coming to Netflix March 15. The show follows four kids who, through random acts of kindness, strive to make their town the happiest place to live.

In the show, Niah, Ari, Ellie, and Jax are members of Team Zenko Go, a secret squad of stealthy do-gooders who harness the art of distraction to perform anonymous acts of kindness for the unknowing residents of Harmony Harbor. These four kids have been taught by their mentor, Auntie Yuki, a special set of skills that allow them to do good deeds (or Zenkos) for others, making their town the happiest in the world. Like Auntie Yuki says... "when we help people without them knowing, they start to think that the world is just a nicer place."

All 12 episodes debut on Netflix March 15! 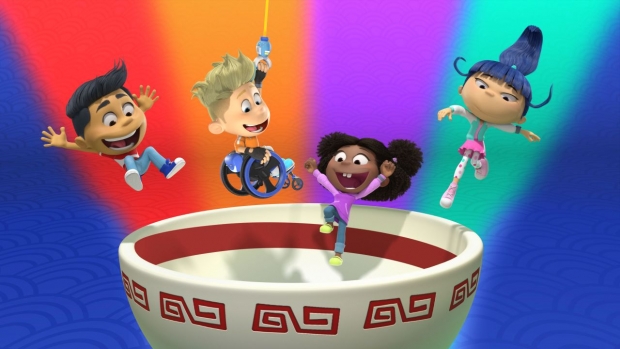