Bonnie Arnold to serve as president of DWA; Soria to remain with the studio as a producer of the ‘Madagascar’ franchise.

DreamWorks Animation exec Mireille Soria is stepping down from her post as co-president of the studio, according to a report by Variety. Bonnie Arnold, who shared the co-president title with Soria, will serve as president, while Soria will reportedly remain with DWA as a producer of the Madagascar franchise.

Prior to stepping into her executive role at DreamWorks Animation, Soria produced Spirit: Stallion of the Cimarron, Sinbad: Legends of the Seven Seas, and 2005’s Madagascar and its various sequels and spinoffs for the studio. As an exec, she was involved in overseeing the upcoming 2017 releases The Boss Baby and Captain Underpants.​

Universal Pictures chairman Donna Langley informed DWA staffers that Soria would be leaving her executive role to focus on producing in a memo distributed on December 12:

I am writing to let you know that Mireille has decided to return to focusing solely on producing and will be transitioning out of her executive role as Co-President as we wrap up both Boss Baby and Captain Underpants in the new year. Bonnie will remain President, with full oversight of development and production for the feature animation group.

As we are all fortunate to know firsthand, Mireille is an incredibly passionate and talented filmmaker who has contributed to the DreamWorks Animation legacy. She has shepherded a successful slate of films during her tenure at the studio, including the Madagascar franchise, of which she will continue to be involved as a producer.

I want to personally thank both Mireille and Bonnie for their guidance and stewardship during this time of transition. As we close out 2016, we are energized for the New Year and looking forward to accomplishing great things together in 2017.

DreamWorks Animation, which has seen nearly 400 layoffs following its acquisition by Comcast-owned NBCUniversal, announced in November that it would no longer be making The Croods 2. Earlier in December How To Train Your Dragon 3 was delayed to March 1, 2019, while Oriental DreamWorks feature Everest has been set for release on September 27, 2019.

In the meantime, DreamWorks Animation’s The Boss Baby is due for arrival from former distribution partner 20th Century Fox on March 31, 2017, followed by Captain Underpants on June 2. Universal will release Larrikins on February 16, 2018. 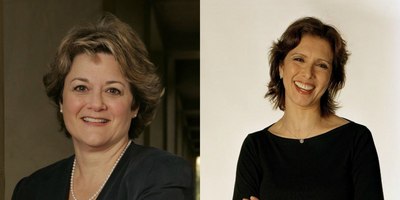