Alec Baldwin and Kevin Spacey duke it out in diapers for DreamWorks Animation's upcoming CG-animated comedy, ‘Boss Baby,’ due in theaters March 18, 2016. 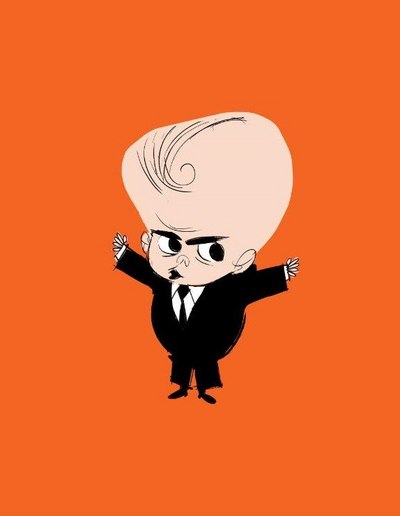 Joined by two-time Academy Award winner Kevin Spacey who will take on the role of corporate uber-villain (and baby nemesis) Francis E. Francis, the two will duke it out for the proverbial "World's Best Boss" mug. Inspired by Marla Frazee's award-winning picture book of the same name (Publishers Weekly Best Children's Picture Book of the Year in 2010), the CG film will be released by 20th Century Fox on March 18, 2016.

From the day his baby brother arrived (in a cab…wearing a suit), seven-year-old Tim knew this fast-talking briefcase-carrying baby (voiced by Baldwin) was trouble -- after all, there's only so much love to go around, right?  But as Tim embarks on a mission to win back the sole affection of his parents, he stumbles upon a secret plot by the CEO of Puppy Co. (voiced by Spacey) that threatens to destroy the balance of love in the world -- and this brash baby executive masquerading as his new brother is at the center of it all. Now, they must come together as true brothers to stop the dastardly scheme, save their parents, restore order to the world, and prove that love is indeed an infinite force.