Nominated for four Annie Awards, the film about a young city girl who helps a mysterious Yeti elude captors and travel 2,000 miles to reach his Himalayan home, will also be released on 4K Ultra HD, Blu-ray and DVD on December 17. 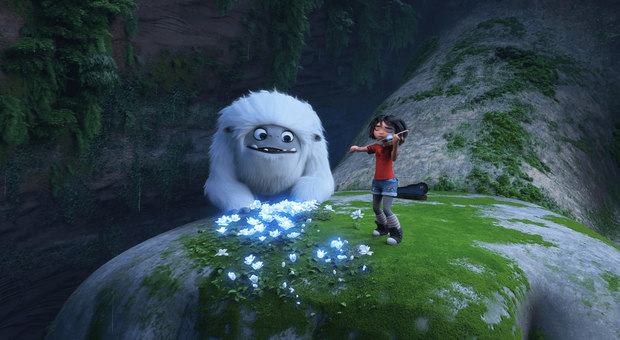 From the studio that brought you the How to Train Your Dragon trilogy, this heartwarming and humorous animated tale follows teenage Yi (Bennet) as she encounters a young Yeti on the roof of her apartment building in China. She and her mischievous friends, Jin (Trainor) and Peng (Tsai), name him “Everest” and embark on an epic quest to reunite the magical creature with his family at the highest point on Earth. But the trio of friends will have to stay one-step ahead of Burnish (Izzard), a wealthy man intent on capturing a Yeti, and zoologist Dr. Zara (Paulson) to help Everest get home.

Check out three exciting clips from the film below!

ABOMINABLE will be available on 4K Ultra HD, Blu-ray, DVD and Digital.